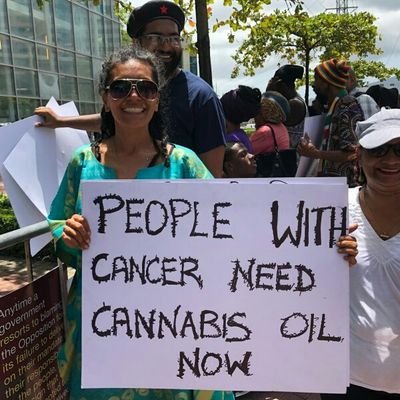 “Treat marijuana as a crop and make it legal” says activist

Marijuana Activist, Nazma Muller is upset over the Dan­ger­ous Drugs (Amend­ment) Bill and the Cannabis Con­trol Bill, which according to the Attorney General will pave the way for the de­crim­i­nal­i­sa­tion of mar­i­jua­na.

Muller spoke with IzzSo Media this morning and said that T&T’s government is following the Jamaican model for the decriminalisation of cannabis which she claims is not suitable by international standards.

Muller’s argument is that Jamaicans give you five plants at home, “nor does any legalisation in the world specify the gender of the plant.”

“Everybody assumes they are female plants because those are the ones that produce buds that you smoke,” says Muller.

Muller claims that no one in Cabinet read the CARICOM Marijuana Commissions report which she says places T&T 10 steps behind in  the world.

“While countries are setting the stage for legalisation T&T is now looking at decriminalisation,” said Muller.

Muller is also asking the Government to move marijuana into the Agricultural industry and treat it as a crop as oppose to an illegal drug.

Major US refineries unable to find buyers…so will Petrotrin become a stranded asset? 0