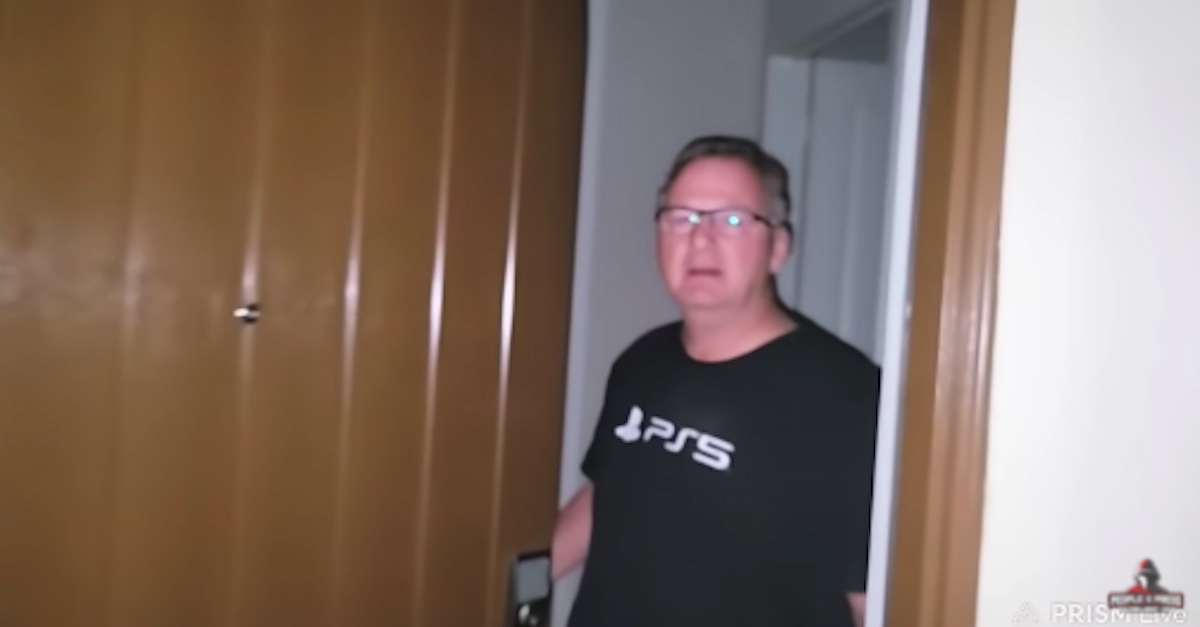 A top Sony executive has been terminated after he was caught attempting to meet up with a 15-year-old boy for oral sex.

In the video posted to Youtube, George Cacioppo can be seen walking outside his house to meet a person claiming to be a 15-year-old boy. Cacioppo has been a Senior Vice President of engineering at Sony for the last eight years.

In the video, a cameraman is seen strolling down a street at night towards Capioppo’s house. The exec was actually wearing a PS5 shirt during the interaction outside the house. The cameraman then talks to to Cacioppo, calling him “Jeff.” As the cameraman asks if he wants to talk about it or he can call the cops, Cacioppo walks back into the house and closes the door while declining to answer. The cameraman begins to start yelling that he will call the police because he was attempting to have sex with a 15-year-old boy.

According to the YouTube video’s description, Cacioppo allegedly spoke with someone who said he was 15 years old on Grindr, which is a social networking app. The two sent pictures to each other and communicated about sex acts, according to screenshots of the conversation. Cacioppo allegedly told the decoy that his name was “Jeff” and gave his address. The decoy said he would take an Uber to his house, and Cacioppo was caught waiting outside.