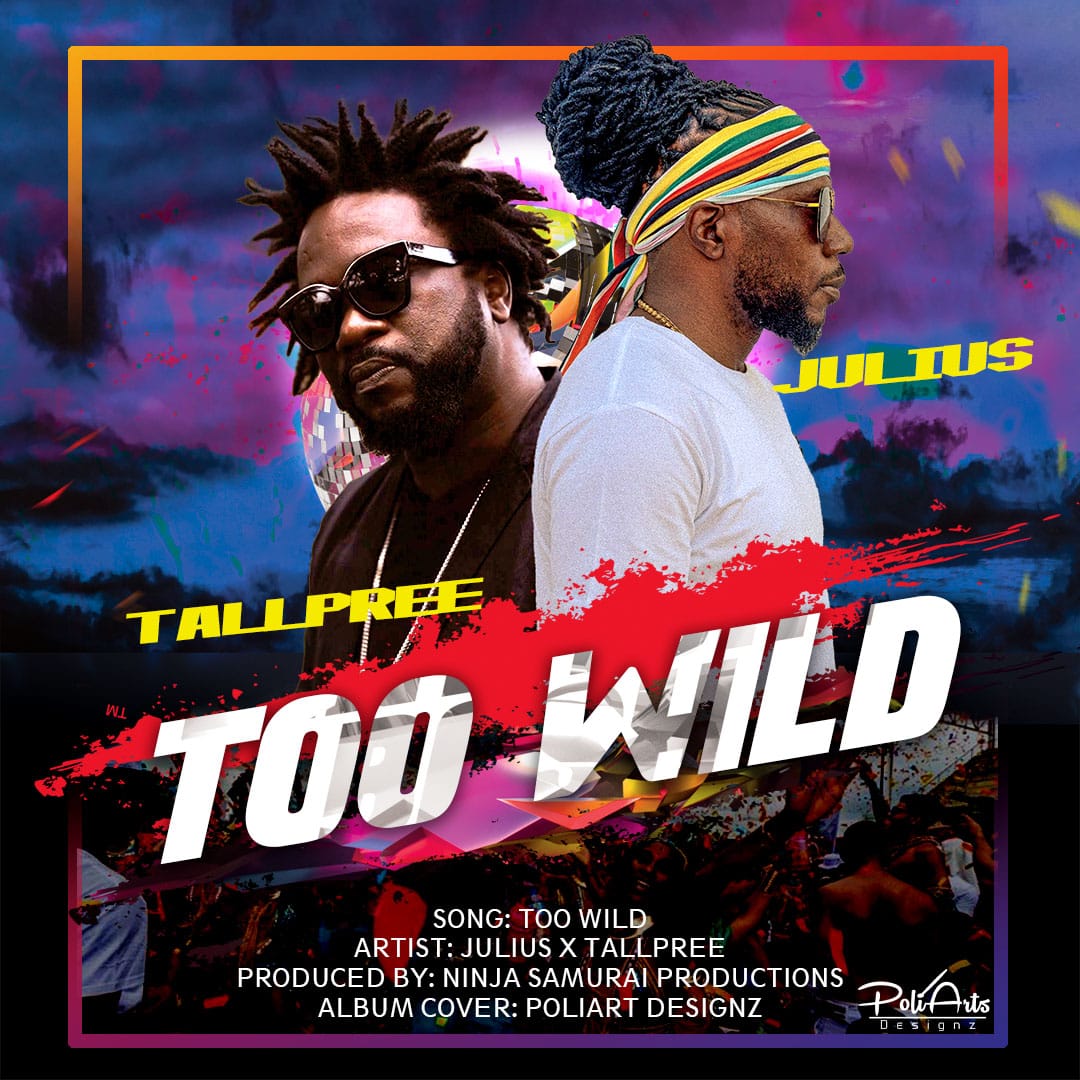 ‘Too Wild’ a mix of Jab, Soca and Power combined

US based Soca artiste, Julius has dropped a bomb, and he’s not alone on the move. He’s roped in Grenada’s Jab King, Tallpree in what can only be described as a nuclear reactor for the 2022 Soca experience.

”A no holds barred kind of approach has undoubtedly produced the ultimate Soca lover’s anthem.“

‘Too Wild’ is pure power.

According to Etcetera The Company in a release states that there’s “nothing soft about this anthem that’s laced with elements of fervent festival fanaticism, yet set firmly in a melodical chamber that will prove irresistible to any real Soca music lover.”

A hardcore Jab vibe meets Soca sweetness, and according to Julius, the connection’s always been there.

“The riddim was sent to me by a friend, Rich London- the engineer of a band I was with called Impact 2. We’ve been friends for a long time,” explained the artist. He said the riddim was produced collaboratively by London and fellow producer Slaughter out of Ninja Samurai Productions. “When Rich sent me the riddim, I was captivated by it when I first listened. I got on a phone call with ZiahMusic- one of my collaborative songwriters. I also connected with Miche ‘The Producer’ Williams- a female writer and producer, and together we began the process of writing the song,” he said.

The song also got the expert attention of Peter ‘Wildfire’ Noel for vocal production and arrangement, since, as Julius put it, “I always like it when my music’s vocals and arrangement sound clear and perfect. Wildfire was a pivotal part of the project,” he admitted, adding that after things initially came together, the idea to add some spice to the vibe of the song, came to him.

“I figured the only place we could get that spice was the Spice Isle itself, Grenada” he said happily.

The new single will be followed up by a music video soon. “This song is the epitome of spirituality, Jab, Soca and Power all combined and brought to life in proper vocal arrangement and lyrical content,” said Julius, noting that the team truly believes this is a special single.