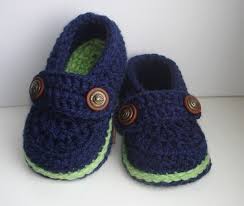 A 20-month-old baby is said to be currently warded in critical condition at the hospital, after being struck in the head by a piece wood meant for his grandmother. The toddler, Nathaniel Gayle, suffered a fractured skull as a result.

On Sunday around 10:30a.m, the 42-year-old grandmother, Alicia Orret-Telesford, was holding the toddler in her arms when she got into an argument with a woman. The suspect got a piece of wood and tried to hit the grandmother but, the baby received the blow instead. Both women live on the same street in Enterprise, Chaguanas. The toddler was taken to the Chaguanas District Health Facility where he was transferred to Wendy Fitzwilliam Paediatric Hospital at the Eric Williams Medical Sciences Complex in Mt Hope. There, he was treated for his injuries. His 21-year-old mother, Celine Hunter, was not at the scene.

The 36-year-old suspect was arrested on Tuesday after being investigated for the offence of assault, and is currently assisting police with investigations.

Police said the brawl stemmed from an ongoing feud between the women.