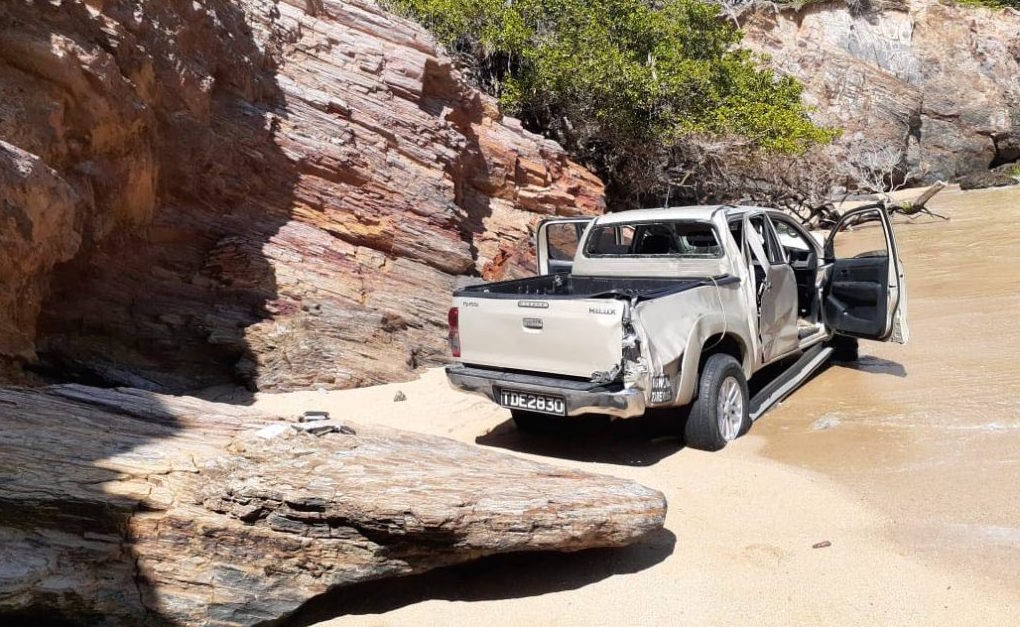 The search is now on for a woman whose vehicle was found over a cliff in Balandra.

Eastern Division police said they received a report from passersby that a van was found down a precipice in Penzance.

On arrival, they found a damaged Toyota Hilux.

Officers searched the vehicle and found a wallet and two driver’s permits in the name of Krystal Primus-Espinoza, 36, and Alvon Espinoza, 40, both of St Ann’s Village, Mayaro.

Primus-Espinoza, of St Ann’s Village, Mayaro, was reported missing on Wednesday, along with her gold coloured Toyota Hilux, registration TDE 2830.

CSM will be a total online/TV experience 0