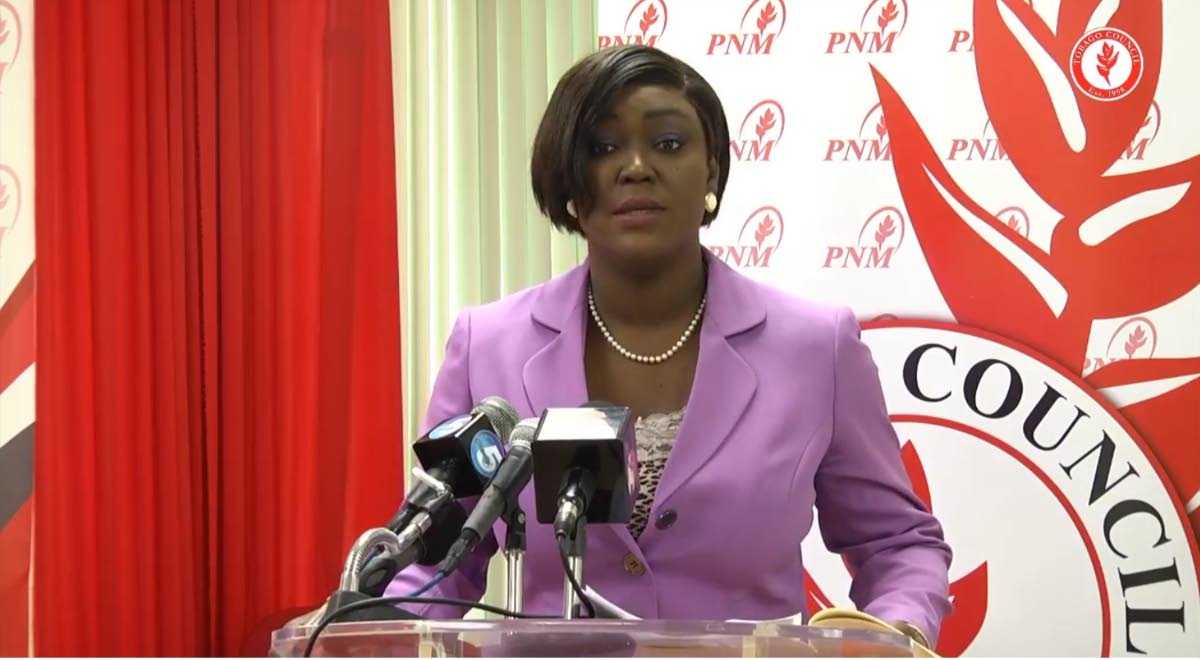 Do not sell your vote for cash.

This was the advice that Political Leader of the Tobago PNM Council, Tracy Davidson-Celestine gave to Tobago’s young people when she took the podium on Thursday, at the Lambeau Council meeting.

“You have a say in this election, and you can determine the outcome, and more than that, you have the responsibility to determine the path that your future takes.” She noted.

Mrs Davidson-Celestine urged Tobago’s youth to think past just one day; ”As young people we have to ask ourselves the question “What will we lose if you vote the PDP… and the $500 and the keg of rum and the beers that will come to you in this election, and the payment on Election Day?”

Mrs Davidson-Celestine, also the candidate for Signal Hill/ Patience Hill, advised young people to be careful in voting for a party promoting secession, as they stand to lose the many opportunities now provided under the Central Government. Pointing out that the Party’s owner, Watson Duke, has repeatedly said that he wants Tobago to be cut off from Trinidad and go it alone.

Stating that the PNM Administration is creating safe spaces for young people, the Political leader highlighted the opportunities that her administration will deliver in the next term.

She referred to plans put forward by Lambeau/ Lowlands candidate Kino McKenzie during his address, “That is why Kino would tell you that in this electoral district we would work to create homework centres, that he would work to ensure that our sporting facilities are second to none and there are sporting programmes, and for those of the young mothers who are already with child, we are saying that once as you are single, we will also hold your hand. There is a plan of action. There is a manifesto. We have taken the views and the considerations of young people into our plan.”