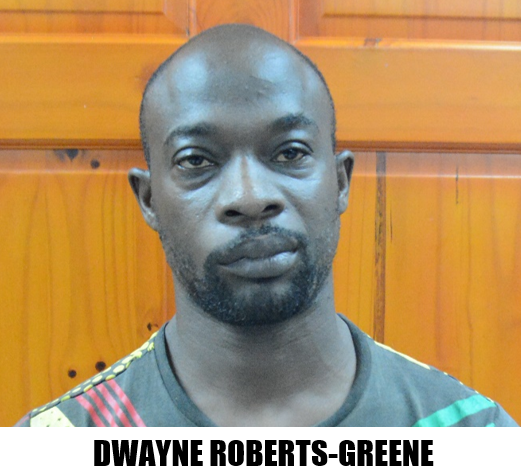 A Tobago man was granted $75,000 bail when he appeared before a Scarborough Magistrate yesterday to answer to a series of charges arising out of a m domestic incident on December 8th.

DWAYNE ROBERTS-GREENE, 41, of Tank Road, Signal Hill, Tobago, was also ordered to stay 100 feet away from his common-law wife at all times after pleading not guilty to the charges when he appeared before Magistrate Jo-Anne Connor on December 9th.

The Magistrate also ordered the man to move out of the shared residence.

He will reappear before the Court on January 5th 2021.

The charges, laid by PC Sandy, of the Tobago Division Gender-Based Violence Unit (GBVU), arose out of an incident on December 8th in which a 41-year-old woman reported to police that her common-law husband allegedly attacked her.

According to the woman, she arrived at her Tank Road, Signal Hill Road home at 9.30 pm after braiding someone’s hair when her common-law husband arrived soon after.

The man allegedly began quarrelling with the woman about her whereabouts.

The woman reported to police that the accused allegedly became annoyed, took up a cutlass and dealt her several blows to her body