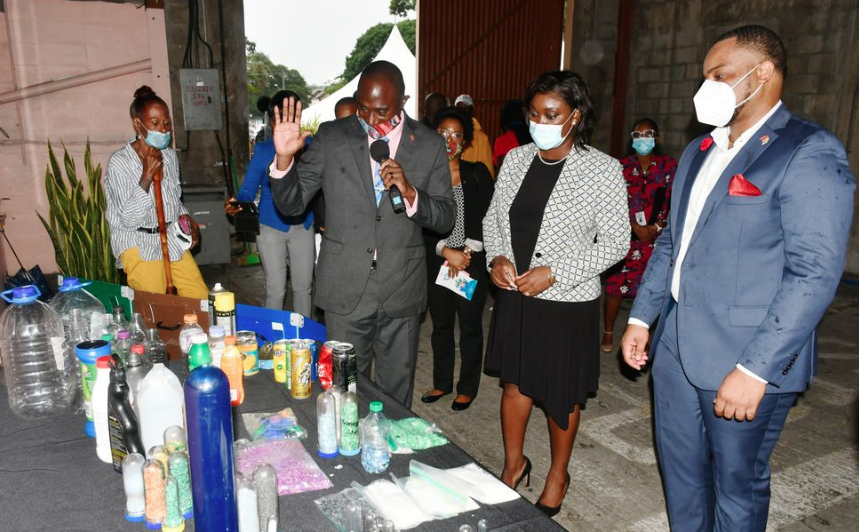 Secretary of the Division of Health and Wellness in Tobago Tracy Davidson-Celestine said the public must be part of the recycling initiative and be aware of the need to recycle.

She made the statement on Thursday as the island launched its first recycling plant.

The commissioning of the plant, according to Davidson-Celestine, is a turning point and a chance to restart during the pandemic.

She said “As we go through communities and even through beach clean-ups we are still seeing lots of waste not disposed of in the right manner… What we need is a change of attitude, a change in mindset.”

She said the division is responsible for transporting the waste material to the plant and will mount an awareness campaign to encourage residents to get involved.

For now, the recycled material will be turned into flakes and granules and exported to Central and South America. They also said in addition to plastic bottles, the materials recycled will include cans and caps.

Secretary of the Division of Infrastructure, Quarries, and the Environment(DIQE) Kwesi Des Vignes, said the initiative is part of the THA’s plan to preserve the environment.

He said over one million bottles are picked up on Tobago’s roadway annually and this would form part of the material used at the recycling plant.

He said what is needed is for residents to show they appreciated the environment.

Only Fans to ban sexually explicit content from October 01st, 2021 0