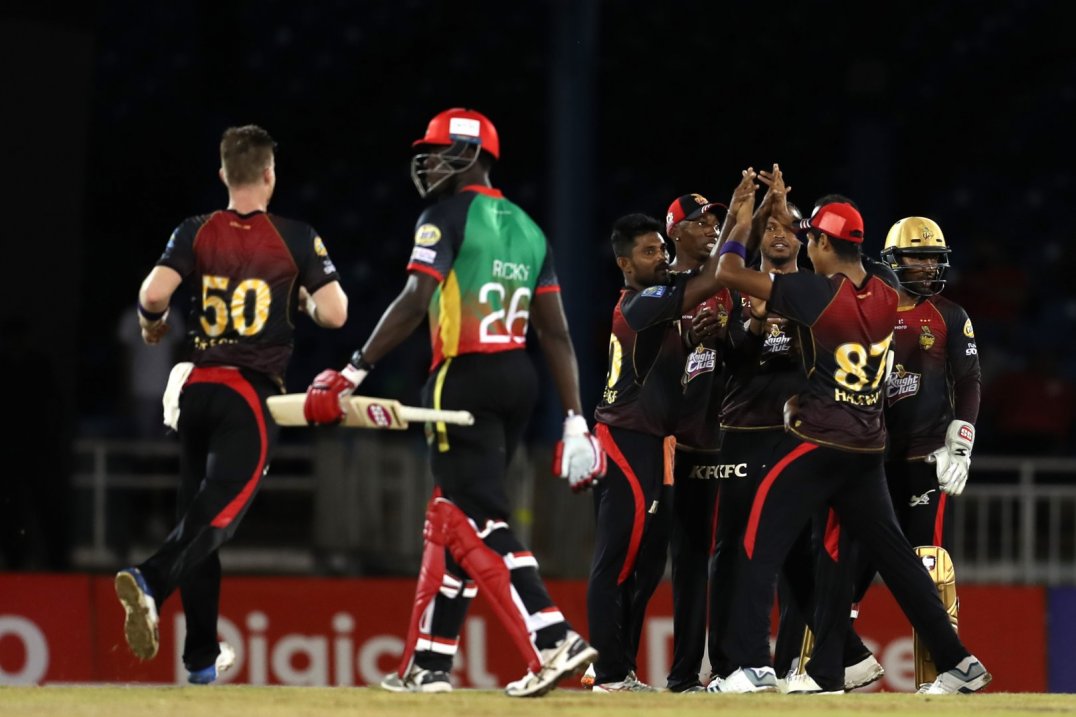 The Trinbago Knight Riders (TKR) beat the St. Kitts and Nevis Patriots in the opening match of the Cricket Premier League (CPL) last night at the Queens Park Oval. TKR won by 11 runs.

Patriots’ skipper Carlos Brathwaite won the toss and elected to bowl first. TKR lost both their opening batsman and were 20/3 at one point. But TKR captain, Kieron Pollard scored 47 of 32 leading the TKR to score 152 in 20 overs.

The final score of the night was:

The next match will see the Guyana Amazon Warriors face off against the St. Lucia Zouks at Providence Stadium in Guyana.

Loading...
Newer Post
Members of the Organisation of Eastern Caribbean States have pledged to contribute US$100,000 each to aid with relief efforts in The Bahamas
Older Post
Four persons accused of operating drug trafficking operation in Westmoorings to stand trial