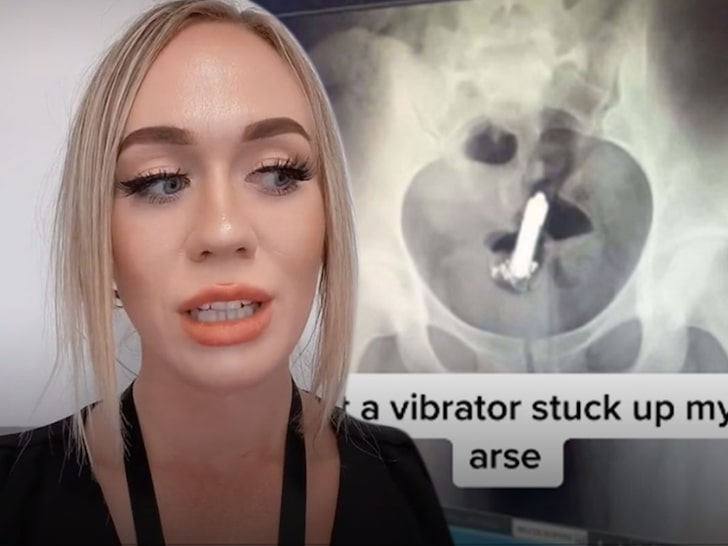 TikToker Sophzaloafs who is based in the United Kingdom, racked up more than 145,000 likes on the now-private video,  she shared revealing that things took a turn for the worse after she couldn’t get the three-inch sex toy out her butt.

However, it continued buzzing throughout the night.

The next morning, the woman went to seek medical help and had an X-ray done.

After the TikToker woke up from surgery, she noticed the toy in a plastic bag in a kidney dish on the table.