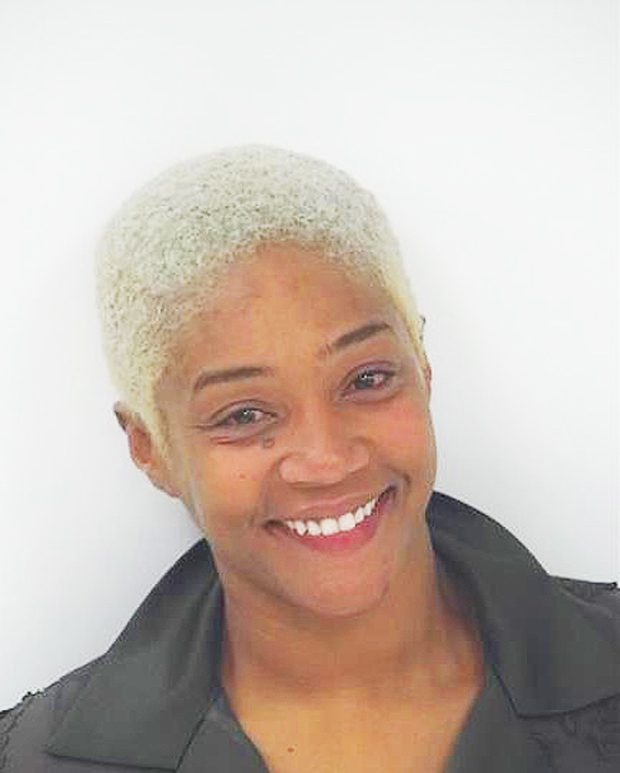 Funny girl Tiffany Haddish finds herself facing a DUI charge. Why is that you ask? Well, in Georgia police say the actress/comedian was observed dozing in the driver’s seat of her vehicle early Friday morning.

According to law enforcement officials, Haddish was arrested by Peachtree City PD officers around 4am local time. And as you can see from her booking pic, still managed to smile for the camera when cops snapped her mug shot.

Cops were responding to a call for a driver who’d fallen asleep at the wheel. Officers had a description of the vehicle and were on the lookout for it when they spotted Haddish pulling into a neighborhood, reports TMZ.

They stopped her and arrested her for DUI and improper stopping on a roadway. Cops believe she was buzzed on that chronic.

The bottom line is Haddish was only in police custody for a few hours. According to records, obtained by TMZ, she posted $1,666 to bond out of jail around 6:30 AM.

Maybe the judge will cut Tiffany some slack as she is still dealing with her breakup with Common. The pair parted ways in November after a year of dating, and she recently called out her ex for public comments he made about the split.

“I was disappointed,” she said of Common blaming the separation on their hectic schedules. “I was very disappointed. I was like, ‘Oh, OK. ‘Cause that’s not what you told me, but OK.’”

As for Haddish’s thoughts on why the relationship didn’t work out, the star said it was possible Common wasn’t ready to settle down.