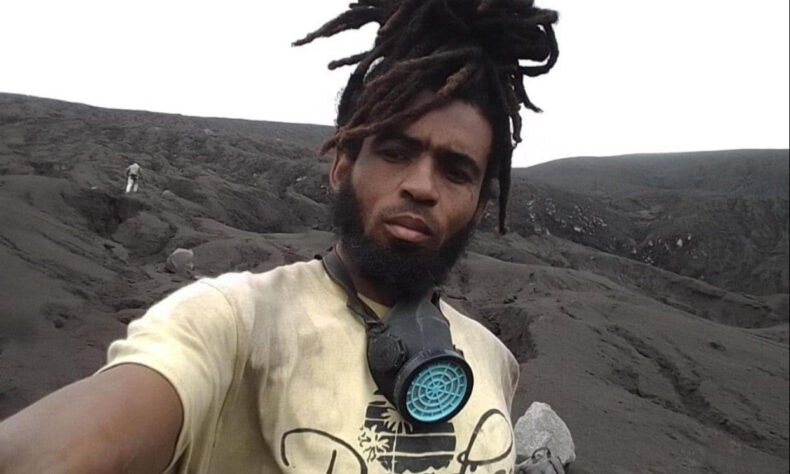 Vincentian hiker Desron Rodriquez, who defied orders to stay away from the La Soufriere volcano in St Vincent and hiked to the summit on Sunday 18th April, has been arrested.

Rodriguez recorded himself and another hiker climbing the dangerous volcano.

The man, who is also a tour guide, became the subject of ridicule and adulation after uploading his adventure on YouTube.

He was arrested by police in St Vincent on Tuesday.

It’s is unclear at this stage if any charges have been filed.