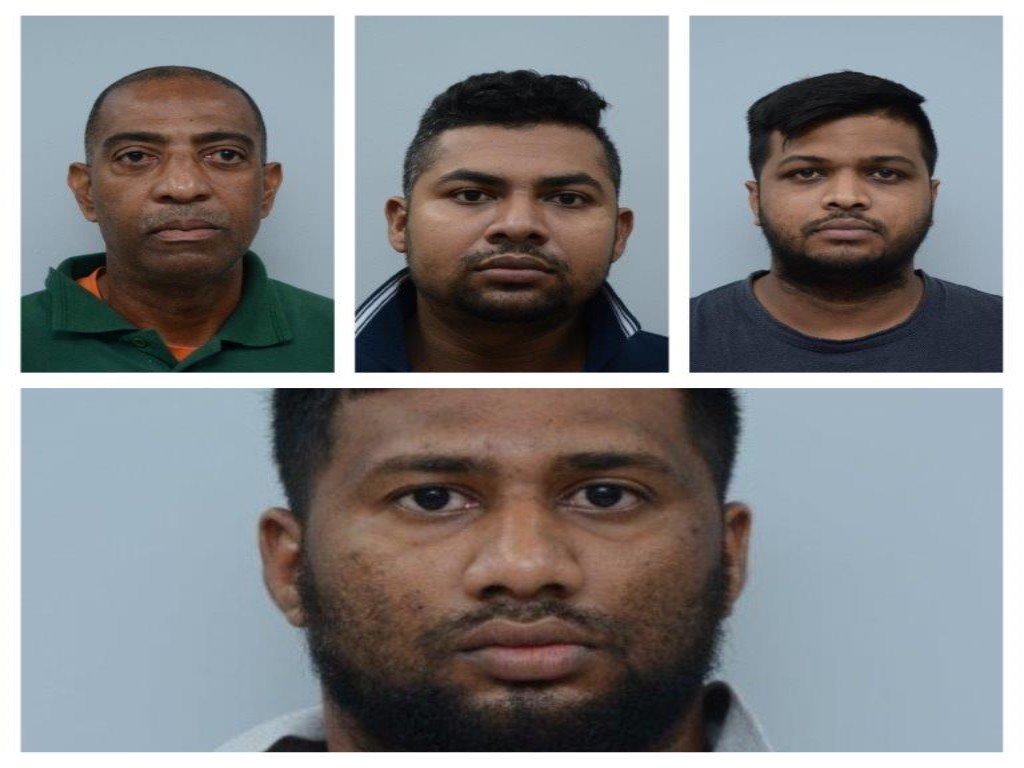 Three police officers and a civilian were charged Sunday night with a series of offences including conspiracy to defraud the Government, Misbehaviour in Public Office, and larceny of a police vehicle.
The persons charged were: Inspector Dean Antoine, presently on pre-retirement leave, 53, of Jackson Street Petit Bourg; PC Videsh Oudit, attached to Guapo Police Station, 32, St. John’s Trace Avocat, Fyzabad; PC Vishal Heeralal presently attached to Penal Criminal Investigations Department, 28, of Ralph Narine Trace, South Oropouche; and civilian Shane Veesh Heeralal, unemployed, 28, of St John’s Trace Avocat, Fyzabad.
Advice was sought from the Director of Public Prosecutions, Roger Gaspard, SC on Sunday.
It is alleged the suspects were involved in an exercise where they would organize police escort duties for companies with trailer trucks.
It is alleged that they used a marked police vehicle which was discovered missing from the fleet of TTPS vehicles.
Investigations revealed that the monies from these transactions were not deposited to the relevant police stations.
The investigations were conducted by the Professional Standards Bureau, headed by Supt Suzette Martin, formerly of the Homicide Bureau.
Acting Commissioner of Police, Mc Donald Jacob, said the arrest of the three police officers and the civilian followed extensive investigations conducted by the PSB.

MoH advises of Kinder products recall due to Salmonella 0

Health Minister concerned with slow down of vaccinations 0