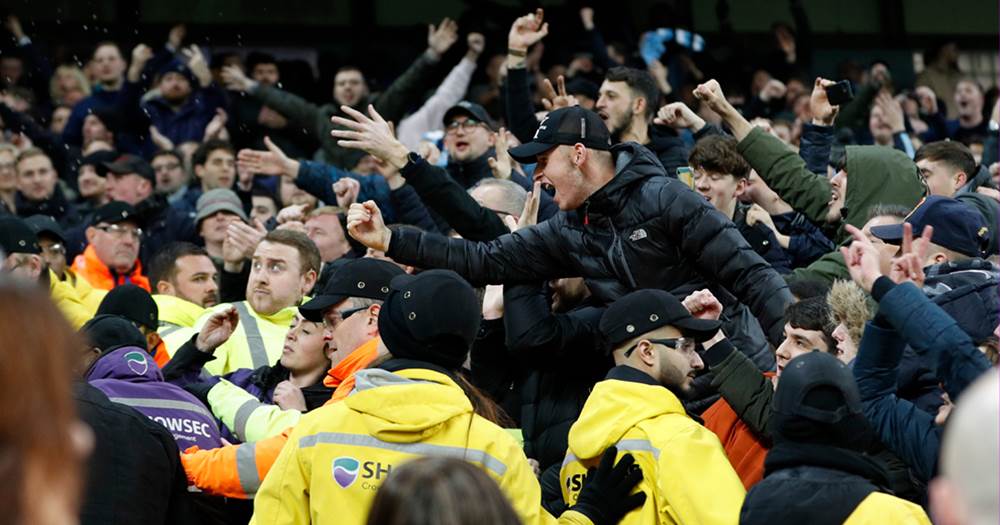 Brighton released a statement on Thursday which said two home fans and one visiting supporter had been ejected from the Amex and subsequently arrested by Sussex Police “for three separate incidents of unacceptable abuse”.

Paul Barber, Brighton’s chief executive and deputy chairman, called on the courts “to be given the power to hand out more severe punishments” in a bid to combat the sport’s ongoing issues with discriminatory abuse.

“Football can only do so much, and we are sick and tired of the game’s reputation being tarnished by these people,” he said.

“I find it impossible to comprehend how and why some individuals think it’s acceptable to behave in this way, and yet again I will make it very clear that neither Brighton & Hove Albion nor the wider football community, will tolerate racism, homophobia, or any other form of discrimination at any time.”

After Alireza Jahanbakhsh’s overhead goal cancelled out Cesar Azpilicueta’s opener, one was accused of racism towards Chelsea’s players while the other allegedly targeted visiting supporters with homophobic abuse.

The ejected Chelsea fan is said to have similarly aimed homophobic abuse at home supporters.

Barber added: “We would urge any fans confronted with similar discriminatory behaviour at our stadium to report it immediately, either directly to a steward or via our anonymous hotline, and we will continue to take the strongest possible action against such bigoted individuals. These people are not welcome at the Amex or at any football matches.”

All three supporters are now set to face prosecution.

Man shot while buying a Gyro 0

No clinically proven drug to cure Covid-19, yet 0