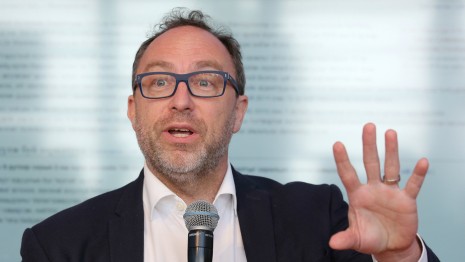 Wikipedia co-founder Jimmy Wales has just launched a new social network that unlike Facebook or Twitter promises not to run advertisements or sell user data.

Called as WikiTribune Social or WT:Social, the new social media platform will be supported by donations from a group of users.

WT:Social, which is aiming to operate only on donations, is free to join, but new users are put on a wait-list, which can be instantly cleared if one donates money. The platform, which nowhere near as many users as Facebook, it told The Independent that it had managed to register over 200,000 members within days of its launch this month.

On Monday we're going to ramp up the speed of admission on the waiting list, but you can skip ahead by inviting more people. https://t.co/WUU33sTS2m

“Instead of optimising our algorithm to addict you and keep you clicking, we will only make money if you voluntarily choose to support us, which means that our goal is not clicks but actually being meaningful to your life,” Wales said in a post about WT:Social.

“I’ve come to the conclusion that the biggest problem driving low quality media is that it has been purely advertising supported, and that the social networks which provide so much distribution are also purely advertising supported,” he wrote in a blog post. “Facebook, Twitter and other social networks make revenue based on how long you stay on their site looking at and clicking on advertising. Engagement is prioritized over quality.”

A video published Monday by the WT:Social team says Wales was inspired to create the platform because of “the superficiality of Facebook and Twitter,” and that he hopes his new platform will “conquer Facebook,” which he considers to be “full of clickbait and misleading news.”