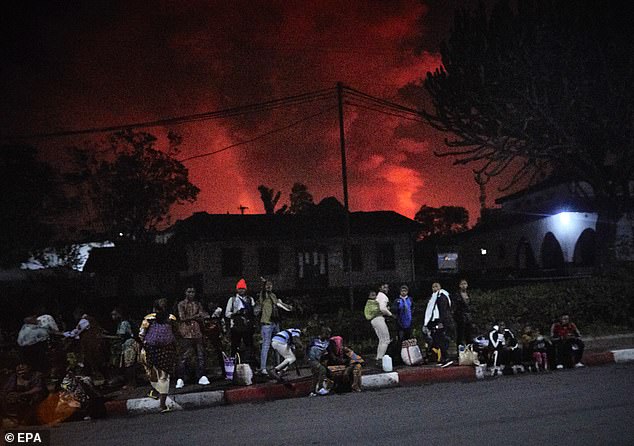 Thousands of people fled their homes in the Democratic Republic of Congo during the night after a large volcano erupted.

As the sky turned red and rivers of lava streamed from Mount Nyiragongo, there were concerns that its past deadly tragedies would be repeated.

A mass evacuation was launched in the city of Goma, which has a population of about two million people.

However, the city was largely spared and some residents are now returning.

There has been no official report of casualties during the latest eruption and it is unclear how many homes have been damaged.

On Sunday morning, Communications Minister Patrick Muyay tweeted to say the intensity of the lava flow had slowed and an assessment of the humanitarian situation was ongoing. 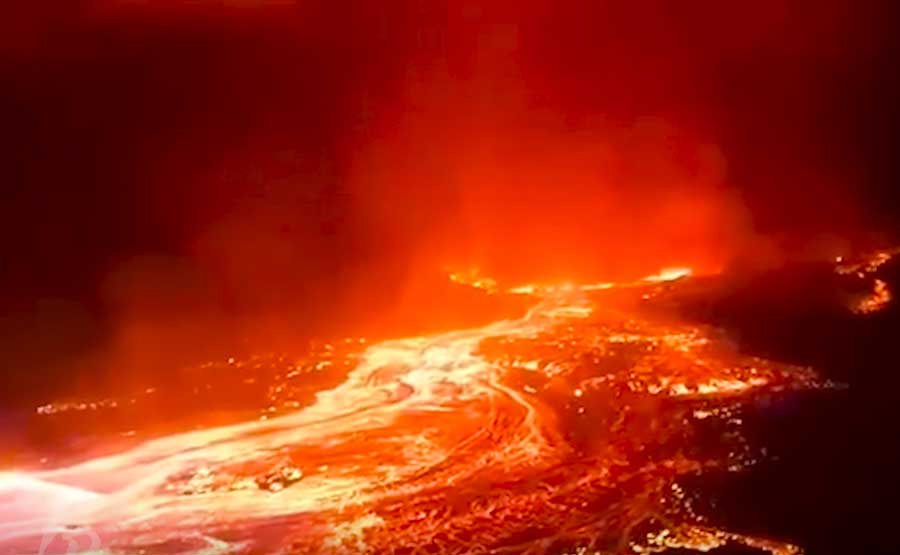 The BBC’s Emery Makumeno in DR Congo’s capital Kinshasa said a greater quantity of the lava took the direction of the forest, flowing away from the city.

One resident, Zacharie Paluku, told the Associated Press news agency that the eruption had sparked fear and people began running. “We really don’t know what to do,” he said.

Some locals complained about the lack of information from the authorities amid conflicting accounts circulating on social media.

Crowds were seen with mattresses and other belongings, fleeing even before the government’s announcement, which came several hours after the eruption started.

Many residents headed across the nearby Rwandan border, while others went to higher ground to the west of the city.

Rwandan authorities said about 3,000 people had officially crossed from Goma. The country’s state media said they would be accommodated in schools and places of worship.

Mount Nyiragongo is one of the world’s more active volcanoes but there were concerns that its activity had not been properly observed by the Goma Volcano Observatory, since the World Bank cut funding amid allegations of corruption.