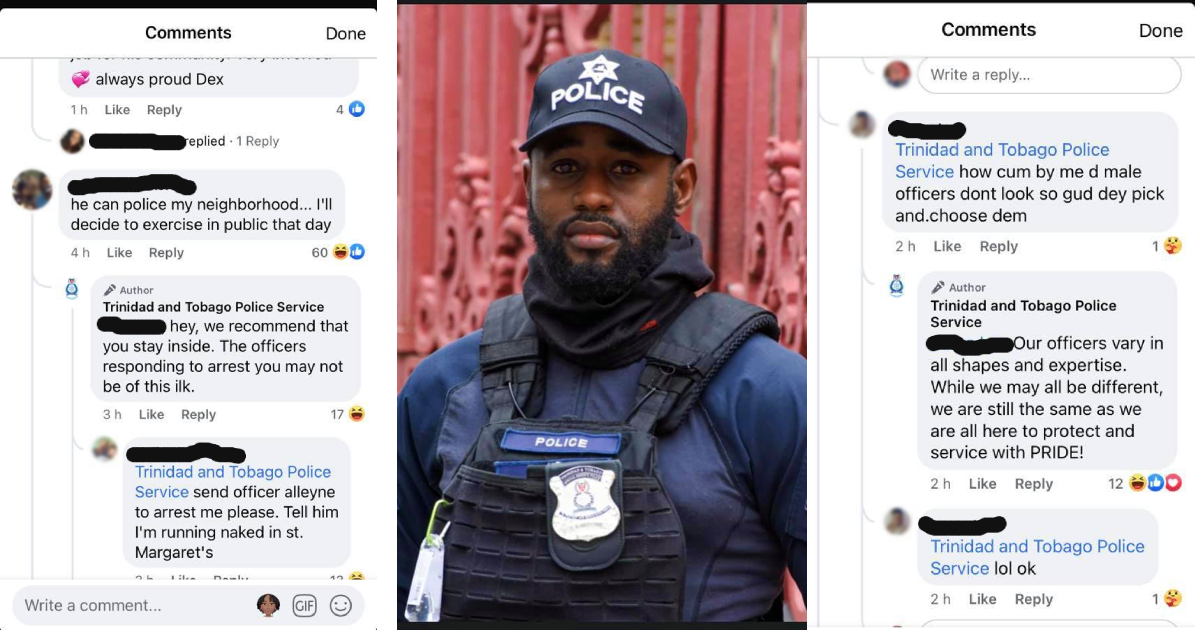 Is it the uniform? The rigid discipline? The excitement and danger they face every day that seem to put some women in a wild frenzy? An uncomplicated #myTTPS facebook congratulatory post went viral after a photo of one male officer captured the favour and admiration of many women online.

On Thursday, PC Dexter Alleyne, of the Community Policing Unit was featured on a Facebook post by the Trinidad and Tobago Police Service (TTPS) to highlight the work of its committed officers. However, within minutes several women openly expressed their delight for Alleyne in the comment section saying “Which area he patrolling ??.. I gonna walk outside after 9.. hopefully, my husband goes to sleep early” and “Dear officer I am a criminal please walk with your handcuffs.” 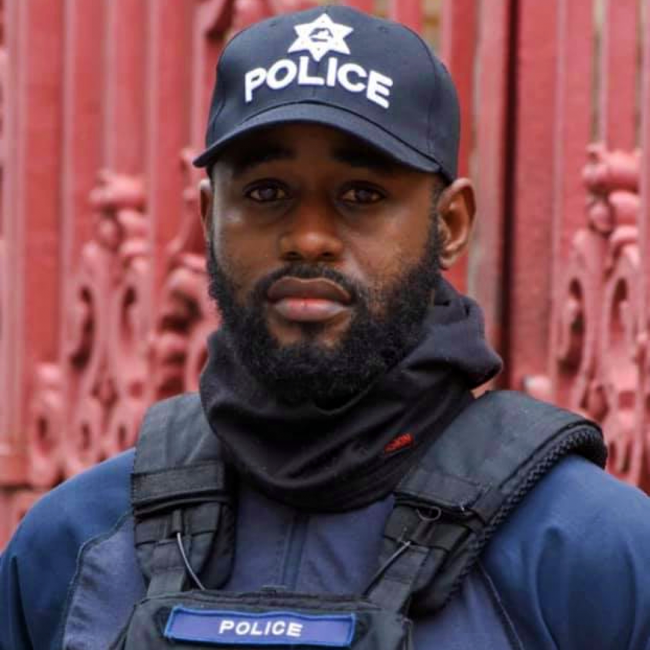 PC Dexter Alleyne, of the Community Policing Unit of the TTPS

Some studies have shown that men in service have reasons to be coveted. Their profession enables them to exhibit chivalry in their mannerisms, which seemed to be more than enough to impress some ‘Trini’ women online, who were ‘thirsty’ for Alleyne with even one commentator comedically mentioning, “Dexter wife pinning a maljo bag on him next day fuh sure…”

Here are a few of the many other comments made below:

“Dammmmmmmm officer way u frommmmm…..where u been all this time…have me wondering if I want to be a law abiding citizen again.”

“I does litter when the day comes officer.”

“he can police my neighborhood… I’ll decide to exercise in public that day.”

“If Dexter looking so now, hmm, imagine when the barbers open and Dexter get cleaned up. Keithos, do something nah. We want a before and after pic to eh Dex. #thanksforyourserviceofficer.”

“Officer I now thief a pk of crix by Maharaj Grocery in Sangre grande I waiting by d door.”

“He could frisk me any time.”

“God does really take he time and make some men yes. Trinidad and Tobago Police Service if I thief something I could request who I want to arrest me? If yes Then tell Officer Dexter I by LC shop in Cumuto opposite the station waiting with the stolen items in my possession. Ah have one a blue dress.”

Midge Wilson, a Psychology Professor at DePaul University explained that “A uniform signifies valour and respect as well as commitment. The uniform clearly proves a man’s ability to manage problems in a controlled manner; his ability to follow rules, regulations and commands, his ability to look after those in a vulnerable state with a strong sense of security and safety. That of course is not to say that said men are able to use these skills within a relationship, but we are not talking about relationships here, we are talking about fantasies,”

Ladies, which uniform gets your seal of approval and gives you the sexy chills?  The TTPS, TTFS, TTPS, TTCG, or the TTDF? Comment below.