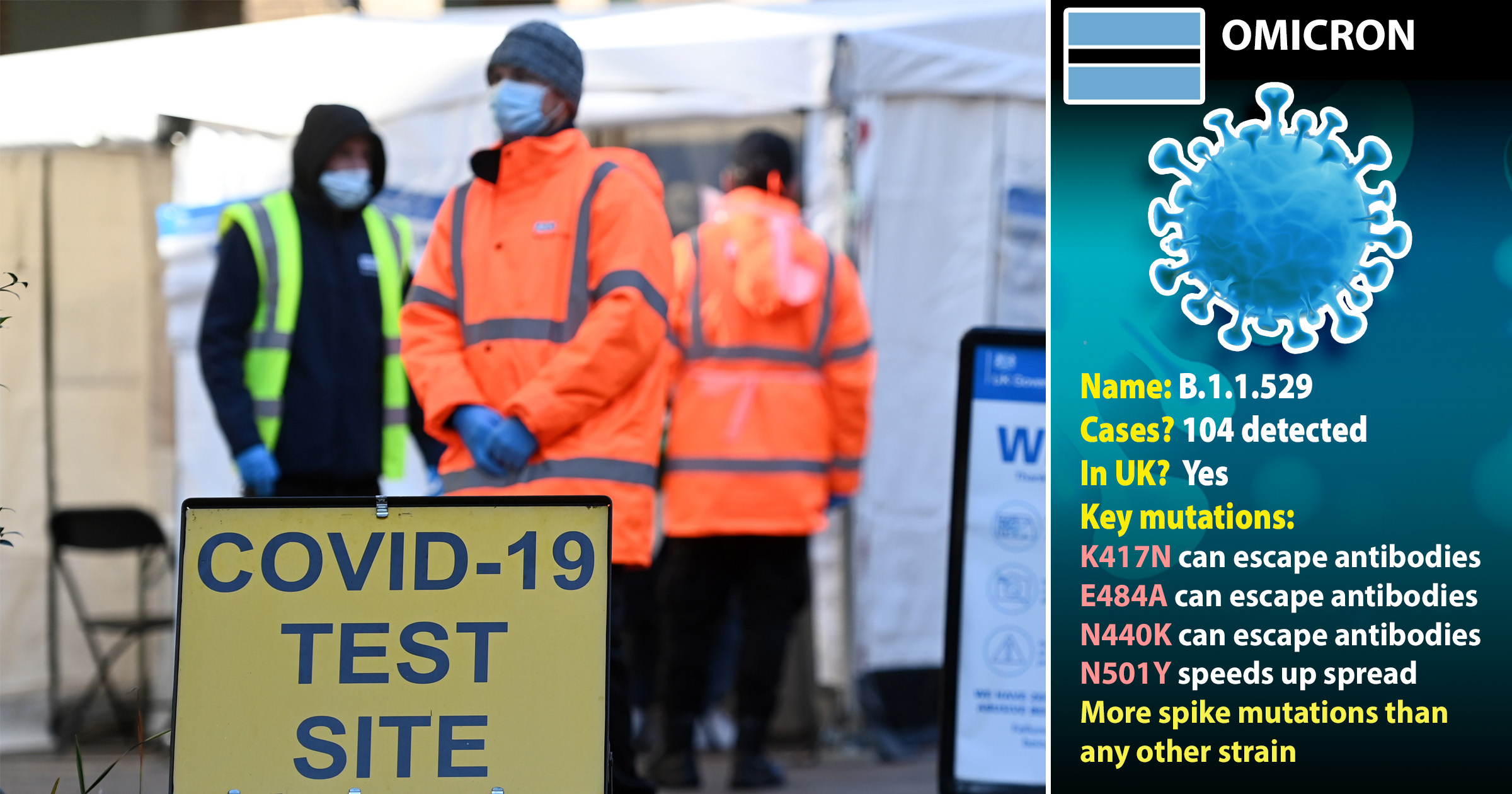 A third case of the Omicron coronavirus variant has been detected in the UK, the Health Security Agency has said.

It said the case involves a person who visited the Westminster area of London but who is no longer in the UK.

The individual is linked to travel in southern Africa, where Omicron was first identified.

Meanwhile, year 7 pupils in schools in England are being told they will have to wear face masks in communal areas in response to the new variant.

Early evidence suggests the new variant – first reported to the World Health Organization from South Africa on Wednesday – has a higher re-infection risk.

The first UK cases were confirmed on Saturday in Brentwood, Essex and Nottingham. Officials said the cases were linked and connected to travel in southern Africa and contact tracing is taking place.

Essex County Council is now asking people who were at a church and a KFC outlet in the town to get a PCR test.

The appeal is for members of the congregation who were at Trinity Church in the Pilgrims Hatch area on 21 November – and staff, customers and delivery workers who were at KFC in Brentwood High Street on 19 November between 13:00 and 17:00.

Testing is being carried out at locations that the individual in the third confirmed case visited in London, the UK Health Security Agency (UKHSA) said.

The agency said it was “very likely” more cases would be found in the coming days.

“We are continuing our efforts to understand the effect of this variant on transmissibility, severe disease, mortality, antibody response and vaccine efficacy.

“It’s critical that anyone with Covid-19 symptoms isolates and gets a PCR test immediately. Vaccination is critical to help us bolster our defences against this new variant.”

Prof Neil Ferguson – a key government adviser on the pandemic – said “it’s likely we’ll detect quite a lot more cases in the coming days” because the UK is among the countries to see the largest number of flights from South Africa, where the variant is circulating.

The variant has now also been detected in a number of other countries, including Belgium, Denmark, Germany, Italy, the Netherlands, Australia, Hong Kong and Israel.

The government has also announced that face masks will be compulsory in shops and on public transport in England, and UK arrivals are expected to have to take PCR tests from Tuesday.