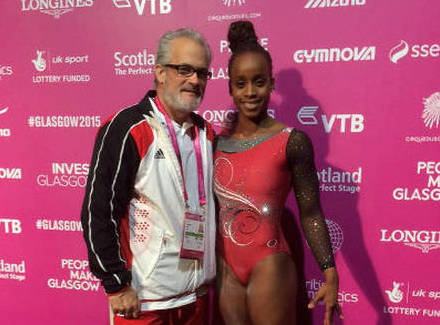 Geddert, who was also the former trainer of top TT gymnast Thema Williams, killed himself on Thursday, hours after he was charged with sexual assault, forced labour and human trafficking.

In a statement, Michigan state attorney general Dana Nessel said, “My office has been notified that the body of John Geddert was found late this (Thursday) afternoon after taking his own life. This is a tragic end to a tragic story for everyone involved.”
“These allegations,” Nessel said, “focus around multiple acts of verbal, physical and sexual abuse perpetrated by the defendant against multiple young women. I am grateful for these survivors coming forward to cooperate with our investigation and for bravely sharing their stories.”

Geddert served as head coach for the 2012 US women’s Olympic gymnastics team, winners of the team gold medal in London.

He is said to have had a personal and professional relationship for over 25 years with disgraced former US national team physician Larry Nassar, who is convicted of dozens of sexual abuse cases, was sentenced to a maximum of 175 years in prison. Over 150 survivors and family members reportedly testified against him.

Geddert coached Williams, leading up to the Rio 2016 Olympic Games while she was based at his club Twistars in Michigan for about a year.

Loading...
Newer Post
Arrangements being made for a non-sanctioned plane to repatriate stranded Venezuelans
Older Post
Tancoo calls on the gov’t to manage T&T’s forex reserves

New T20I and ODI squad selected ahead of Afghanistan series 0