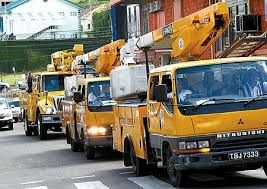 The OWTU Chides T&TEC’s Decision To Resume Operations With 100% Workforce.

The Oilfields Workers Trade Union claims the Trinidad and Tobago Electricity Commission implemented a unilateral decision to resume operations with one hundred percent of the workforce.

OWTU alleges the move comes at a time when the Prime Minister indicated there would be no further reopening of the economy since the science did not allow for such to take place.

This development is outlined in a letter the OWTU sent to Health Minister, Terrence Deyalsingh, on August 6th 2021.

In a media release on Tuesday afternoon, the OWTU said the full resumption took effect on August 5th, 2021.

The OWTU said it had written to the Commission cautioning against what it described as such an irresponsible rushed approach.

The union said it strongly advised instead for a more cautious and phased resumption of full one hundred percent.