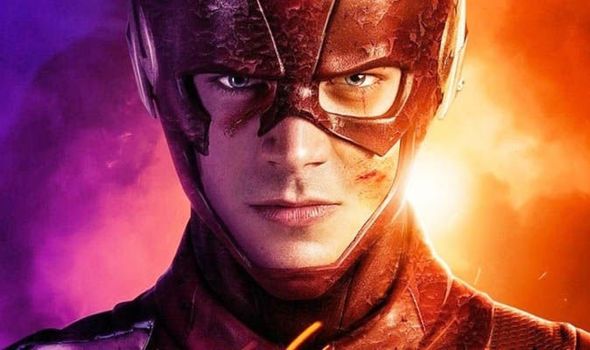 The Flash Season 6 Releases Soon – ‘Everything Yuh Need to Maco’

The Flash season 6 is almost here! That means way more speedster shenanigans and time-traveling adventures with Barry Allen and his team at STAR Labs. Every single season so far has landed in the first half of October and season six is no exception, it’s back on October 8th.

But there will be some changes in the new season, and we’re not just talking about Barry’s sharp new Flash costume! Current showrunner Todd Helbing was replaced by Eric Wallace.

“From his first day on The Flash, Todd Helbing has been a leader on the show, beloved by the cast and crew for his exceptional talent, vision and wonderful attitude. We are all sad to see him go, but we will all be better for the many shows he will no doubt create and run in the future,” The Flash executive producer Greg Berlanti said in a statement (via The Hollywood Reporter). “Eric Wallace has proven his own exceptional talent and voice since season four, and we couldn’t be more thrilled to watch how he shapes the future of Team Flash and the many thrilling adventures that lay ahead for our characters and dedicated fans.”

A new teaser for The Flash season 6 has arrived, and it appears to be hinting at events that could tie into the massive Crisis on Infinite Earths crossover that’s on the way.

The Flash season 6 has made a major…and villainous addition to its cast. Sendhil Ramamurthy (best known for his work on Heroes) has joined the cast as Dr. Ramsey Rosso a.k.a. Bloodwork.

Rosso is a brilliant physician who works on hematological oncology. He’s a friend of S.T.A.R. Labs’ Caitlin Snow (Danielle Panabaker) and meets back up with her after an unexpected event. Rosso’s desire to defy the laws of nature take him down a dark path where he enters the pantheon of Flash villainy.

What The Flash season 6 will have in store for its heroes is anybody’s guess at the moment, but we do know that, at the very least, the show will feature some sort of lead up to and deal with the aftershocks of this year’s Crisis on Infinite Earths crossover event, which promises to shake the Arrowverse to its very core. There’s no doubt that life will change for Barry, especially after an event as famous as DC’s biggest and best Crisis. As some of you already know, a DC Crisis usually means that a Flash is about to die…and the events of the season 5 finale seem to have moved the clock up on that possibility by a few years.

We’ll keep you updated as we hear more about The Flash season 6. In the meantime, check out our primer on what exactly Crisis on Infinite Earths means for the Arrowverse!

You can also expect some big changes coming for Caitlin Snow and Killer Frost this year. We have more details on that right here.

And yes, of course, Tom Cavanagh will be back, and this time, he’ll be playing a new version of Harrison Wells. Cavanagh will also play a different character, the mysterious (and central to Crisis) Pariah!

You can also expect Keiynan Lonsdale to return as Wally West for at least one episode at some point this season.

Man jailed for 15 months’ for housebreaking and larceny 0