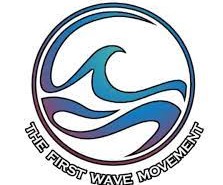 The First Wave Movement says it has been made aware, by several stakeholders, of schools facing infrastructural and systemic challenges.

This on the heels of the resumption of physical classes for forms one through three and standard five’s on Monday.

In a media release on Wednesday, the Movement cited issues such as maxi drivers hired to provide transport for rural areas not being paid and pigeon infestations, with the attendant health issues.

It claimed MTS maintenance workers have not been adequately equipped with staff having resorted to purchasing supplies with their own funds or with assistance from the Parent Teachers Association.

The Movement said salary arrears to MTS maintenance workers, termite ridden structures and/or furniture and the omission in schools of a rest area where children who fall ill during the school day can be accommodated and isolated from other students are other issues to be urgently addressed.