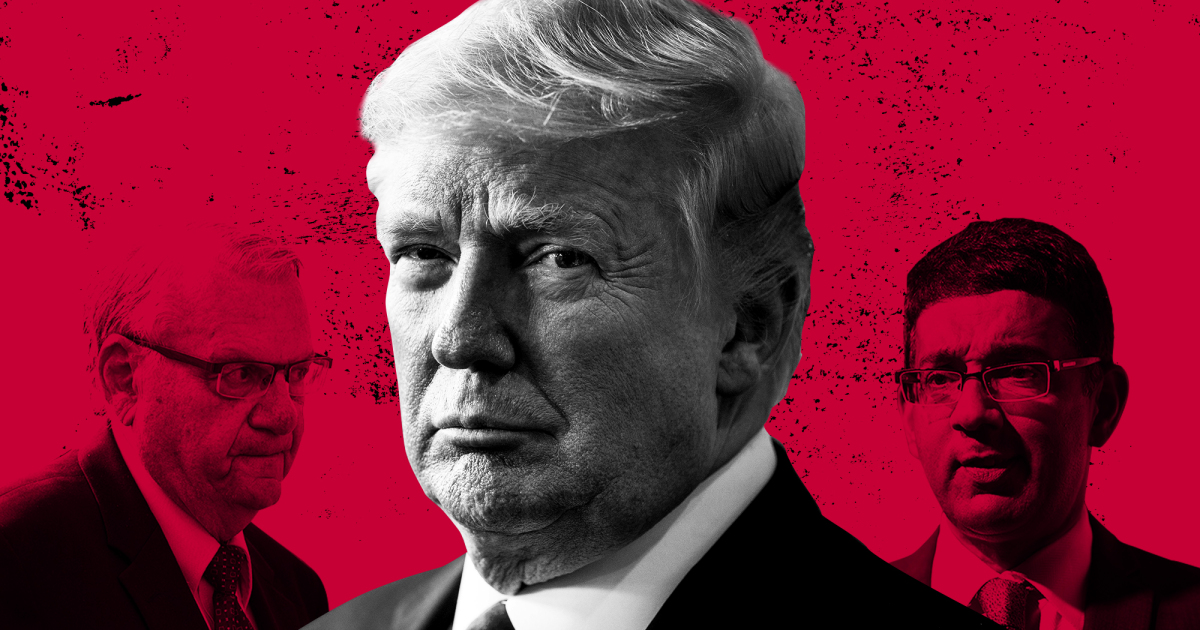 The Corruption of Trump’s Pardons

Every US presidency ends with a flurry of pardons and commutations, and among every bundle of the get-out-of-jail free cards there are a few abominations.

Although, in that regard, Donald Trump appears intent on setting a record. The president announced a package of 15 pardons. To the surprise of many, on that list there are four military contractors jailed for the murder of men, women and children in Iraq. In short, war criminals.

On Wednesday, Trump announced another batch of pardons just as controversial. Among the latest pardons is Charles Kushner, who is the father of his son-in-law and was convicted of tax fraud, extortion and perjury, Jared, and two convicted for their connections to the Russian interference of the United States in elections and other corruption: Paul Manafort, Trump’s 2016 campaign manager, and Roger Stone, friend and adviser.

Trump is less motivated by the idea of ​​clemency than by limitless shamelessness. In his binary worldview, people locked on death row must face a ruthless justice of justice but those who show loyalty to him can be free.

Nicholas Slatten, Paul Slough, Evan Liberty and Dustin Heards worked as security guards for the Blackwater company, owned by Erik Prince, a Trump donor, and brother of Betsy DeVos, his secretary of Education. All of them were serving long prison terms for the massacre of 14 unarmed civilians in Baghdad in 2007.

After the 2014 trial, Ronald Machen Jr, the United States Attorney for the District of Columbia, said that “these Blackwater contractors fired at discretion with sniper fire, machine guns and grenade launchers at men, women and children. Today they are held accountable for that heinous attack and its devastating consequences for so many Iraqi families. ”

The pardon to those four contractors has caused opposition to political analysts, even those who already considered themselves immune to Trump’s abuses, to use words such as “disgusting” and grotesque “to refer to the decision. Less than a month in office, his audacity to burn everything has no limits.

He has also pardoned Chris Collins, jailed for lying to the FBI and conspiring to defraud the stock market, and Duncan Hunter, who acknowledged the fraudulent use of election campaign money. Collins and Hunter were the first two congressmen to show their support for Donald Trump in the 2016 election campaign.

The pardon of George Papadopoulos and Alex van der Zwaan, both convicted in the wake of Robert Muller’s report on the Russian plot and his interference in the country’s politics, was just as unsurprising. Trump continues to charge the investigation as if it were a conspiracy orchestrated against him, actually documenting dozens of contacts between his campaign and Moscow.

What a way to “clean up the Washington swamp” and respect “law and order,” as Trump said he was going to do and did not do. An investigation by Jack Goldsmith, Professor of Law at Harvard University, shows that, in reality, 88% of the 45 pardons or commutations of sentence that Trump had already granted before Tuesday have benefited people directly related to him and political allies.

Allan Lichtman, a history professor at the American University in Washington, said a few days ago: “Nothing Trump does can surprise me, he does not care about the law, humanity, decency or tradition.” “If he believes that it will benefit him or his family economically or politically, he will approve the necessary pardons, which could include one himself.”

In fact, Trump recently said that he has “an absolute right” to forgive himself. Many historians and experts on constitutional rights disagree. It remains to be seen whether Joe Biden would do so to demonstrate a spirit of national reconciliation, just as Gerald Ford pardoned Richar Nixon in a highly unpopular twist that helped keep him from being reelected.

Meanwhile, the attacks come with the president increasingly desperate and dependent on loyal Republicans to back his futile attempt to overturn the election result. He has lost Senate Majority Leader Mitch McConnell; he may even lose Vice President Mike Pence. But the message to his group of the last most faithful is clear: Those who show their faithfulness will be rewarded. If you lie and cheat for me, I will cover your back.

The power of pardon is a rarity, more typical of a medieval monarchy than a constitutional republic. Perhaps that is why Trump finds him so attractive at a time similar to the mental breakdown experienced by King George III of England. when he lost control of the colonies of America.

All fines and fees, including Face Masks fines, can now be paid via CourtPay 0