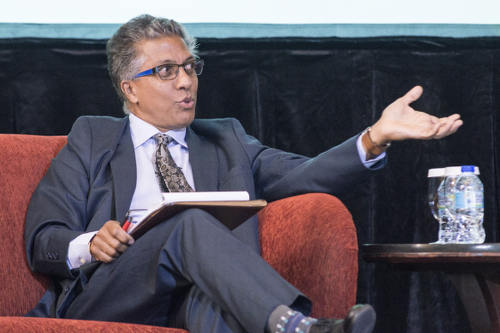 The Attorney General Reginald Armour justified his refusal to comment any further on questions surrounding his disqualification from legal proceedings in the Piarco Airport fraud case in a Miami court, despite numerous attempts by journalists yesterday to have him explain further.

Speaking at a media conference he called to address issues with the Public Procurement and Disposal of Public Property Legislation, which he had raised in the Senate earlier in the day on Wednesday, Armour still entertained questions about the case.

Despite this, he refused to add any substantial further commentary on the issue, simply referring to his previous statements and the one most recently published this week (June 20).

He said: “I don’t intend to make any comments beyond what I said in the statement that was published on Monday of this week and I am not going to change my mind on that”.

His response came as he refused to address a question from a reporter seeking details on the extent of his efforts to correct the record after realising he misrepresented his role in former client Brian Kuei Tung’s fraud case in an the affidavit to the Miami court.

Asked to comment on calls from the Opposition and members of the Law Association for him to step down from his position as a result of the fiasco, Armour said: “I have nothing further to say beyond what I have said in my statement that was published on Monday.”

Loading...
Newer Post
American swimmer faints and sank to the bottom of a pool during a routine at the World Aquatic Champs
Older Post
No Chronic Shortage Of Pharmaceuticals In T&T, Assures Health Minister

$200M lifeline being thrown to TTPS to clear debts 0