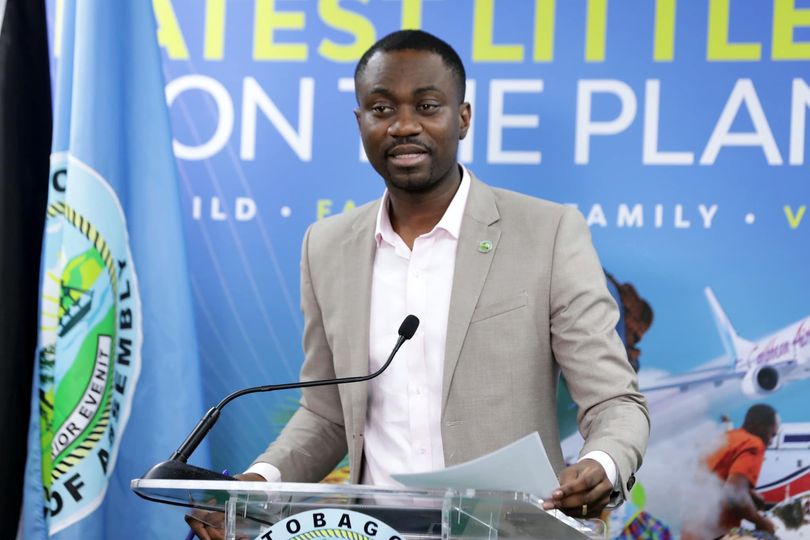 Original Canopy Tours Enterprises Ltd, the company which earned a Tobago House of Assembly (THA) contract back in 2015 to build a 1.5km zipline in the Main Ride Forest Reserve in Tobago, is not a legitimate company.

That was the revelation made by Chief Secretary Farley Augustine, during the THA’s media conference at the Shaw Park Cultural Complex on Friday.

The zipline project was a controversial topic during the 2021 THA election as the project never materialised, despite monies being paid. Augustine also slammed former Chief Sec, Tracy Davidson-Celestine for her role in the matter.

The zipline project began in 2015 and the THA reportedly spent $2.5 million on it.

The former PNM-led THA sued the company last year for US$416,900 for alleged breach of contract.

Augustine confirmed that the THA received two freezing orders against the directors of Original Canopy Tours Enterprises Ltd – one in Trinidad and Tobago and another in the British Virgin Islands (BVI), where the firm is based.

One order was granted against Richard Graham and Darren Hreniuk, of Original Canopy Tours by Justice Kevin Ramcharan on November 5. The other was granted on Thursday by Justice Gerhard Wallbank in the Eastern Caribbean Supreme Court’s commercial division for the High Court of the BVI.

The THA’s claim, which was filed in the High Court in November 2021, sought loss and damages for breach of contract “as a result of the defendant’s failure to deliver all materials and equipment to the claimant” as well as failure to comply with the services agreement between the parties.

Augustine said on Friday, “After commencing civil proceedings against Original Canopy Tours Ltd for the receiver of millions of dollars spent on the project, it was discovered that the company was not in fact a legitimate entity.”

He said the THA’s attorney’s, led by John Jeremie, SC, did the necessary search in the BVI, where Original Canopy Tours Enterprises Ltd was said to be registered, based on the company registration documents presented to the THA, but “I just found that the company just does not exist there at all.”

“As the company was said to be a British island company, attorneys in the BVI were retained and the High Court there recognised the injunction from Trinidad and Tobago ordered against the promoters.”

“When we are talking about discovery orders, we are talking about the fact that the court is allowing us to serve papers on the banks in the country that do the accounts and all the financial transactions through our banking system here and in the BVI that dealt with this matter. The history of the financial transactions will be brought to play by the court and brought into the court in this matter.”

Augustine said apart from the civil proceedings, the THA has now placed the matter in the hands of the police.

“In fact, all the evidence that we have found thus far, have been reported to the fraud squad.”

He said he could not comment further on the issue but referred all queries to Jeremie.

Terry Fenwick speaks on eve of International Friendly versus USA 0

Transport sector to get extra funds 0