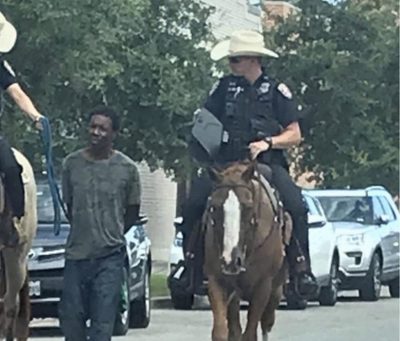 Texas police have apologised after a controversial image of two white officers on horseback leading a handcuffed black man by a rope caused an outcry online.

Many insisted the image evoked slavery atrocities. Galveston Police Chief Vernon Hale said on Monday the technique was acceptable in some scenarios, but that “officers showed poor judgment in this instance”.
He stressed there was no “malicious intent” and has changed department policy to “prevent the use of this”. 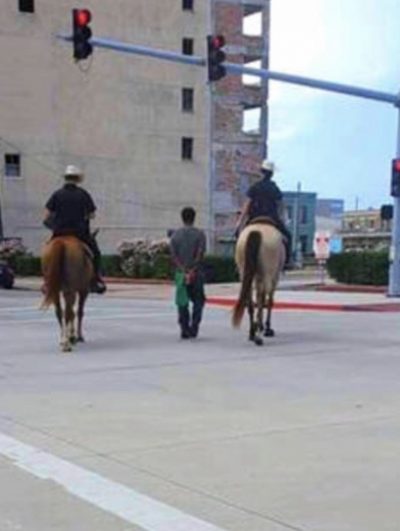 According to a news release from the Galveston Police Department, the two mounted officers, named only as P Brosch and A Smith, arrested Donald Neely for criminal trespass.