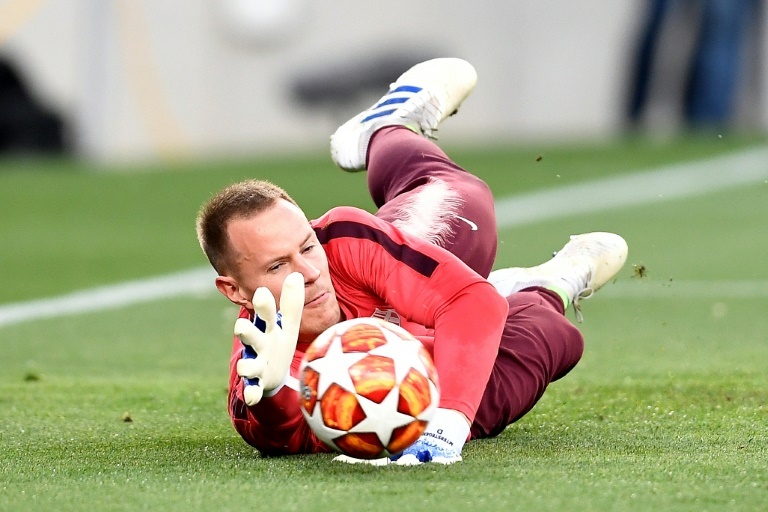 Barcelona booked their place in the final of the Spanish Super Cup after overcoming the absence of injured Lionel Messi to beat Real Sociedad 3-2 in a penalty shootout following a 1-1 draw after extra time on Wednesday.

Messi was watching on as Ter Stegen did his best to fill the void in Cordoba, the goalkeeper immense both in the shootout and during normal time, which had finished 1-1.

Frenkie de Jong’s header was cancelled out by a penalty from Mikel Oyarzabal, who then missed in the shootout, one of two crucial saves made by Ter Stegen before 21-year-old Riqui Puig hit the winning shot.

Sociedad’s Mikel Oyarzabal, Willian Jose and Jon Bautista had failed to score their kicks after the Basque side came close to finding a winning goal in a thrilling period of extra time following an unremarkable 90 minutes.

De Jong headed Barca in front in the 39th minute after nice link up play between Martin Braithwaite and Griezmann but the Dutchman committed a handball early in the second half and Sociedad’s Oyarzabal levelled from the spot.

Holders Real Madrid meet Athletic Bilbao on Thursday in the other semi-final of the competition, which is being held across southern Spain after initial plans to play it in Saudi Arabia were wrecked by the coronavirus pandemic.

Barca have won the Super Cup a record 13 times but lost to Atletico Madrid at the semi-final stage of last year’s competition and coach Ernesto Valverde was sacked as a result, despite the team then sitting top of La Liga.

Loading...
Newer Post
Nigerian national held with cocaine in fishing reels
Older Post
Received a traffic ticket between May and August 2020? The MOWT needs to hear from you