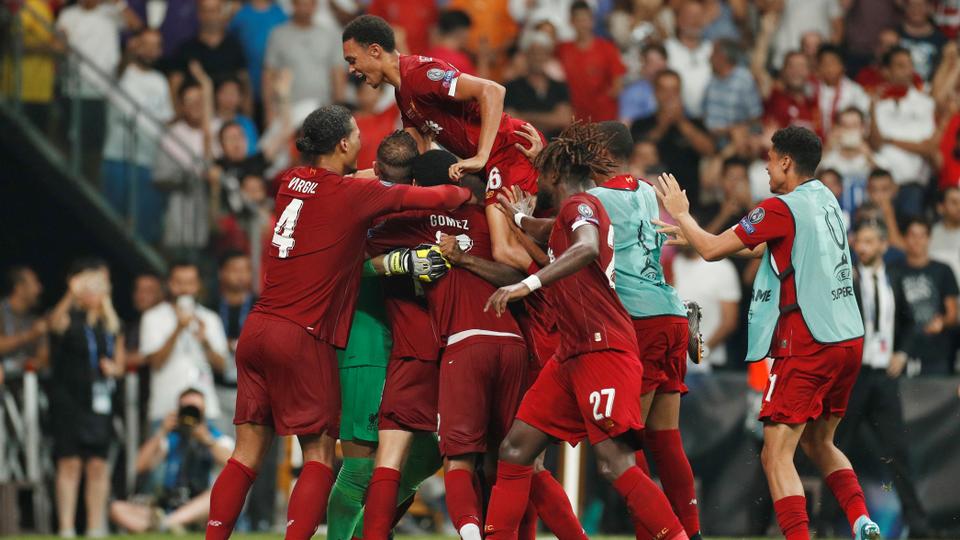 Champions League winners Liverpool won the Super Cup 5-4 on penalties against Chelsea after the game ended 2-2 following extra-time on Wednesday.

With the first nine penalties, all converted, Chelsea striker Tammy Abraham saw his effort blocked by the legs of Liverpool keeper Adrian to hand victory to Juergen Klopp’s side.

Chelsea went ahead in the 36th minute when N’Golo Kante drove from midfield and found Christian Pulisic, who turned inside and delivered the perfect through ball for Olivier Giroud to confidently slot home.

American Pulisic then beat Adrian with a fine shot after a swift run down the flank but the effort was ruled out for offside.

Liverpool manager Klopp introduced Brazilian Roberto Firmino at the break and he had an instant impact, poking the ball past the advancing Kepa Arrizabalaga and Sadio Mane tapped into the unguarded goal to make it 1-1 in the 49th minute.

Arrizabalaga then produced a superb double save in the 75th minute to deny Mohamed Salah’s deflected low drive and the Spanish keeper did superbly get back up and push Virgil van Dijk’s follow up against the bar.

With the teams level after 90 minutes, the game went into extra-time, past midnight local time, and Liverpool struck after just five minutes with Mane driving home after an excellent exchange with Firmino.

But six minutes later, Chelsea was back on level terms with a Jorginho penalty after Abraham was brought down in the box by Liverpool keeper Adrian, setting up the shoot-out.

Police trying to I.D female killed in hit and run accident in Couva 0