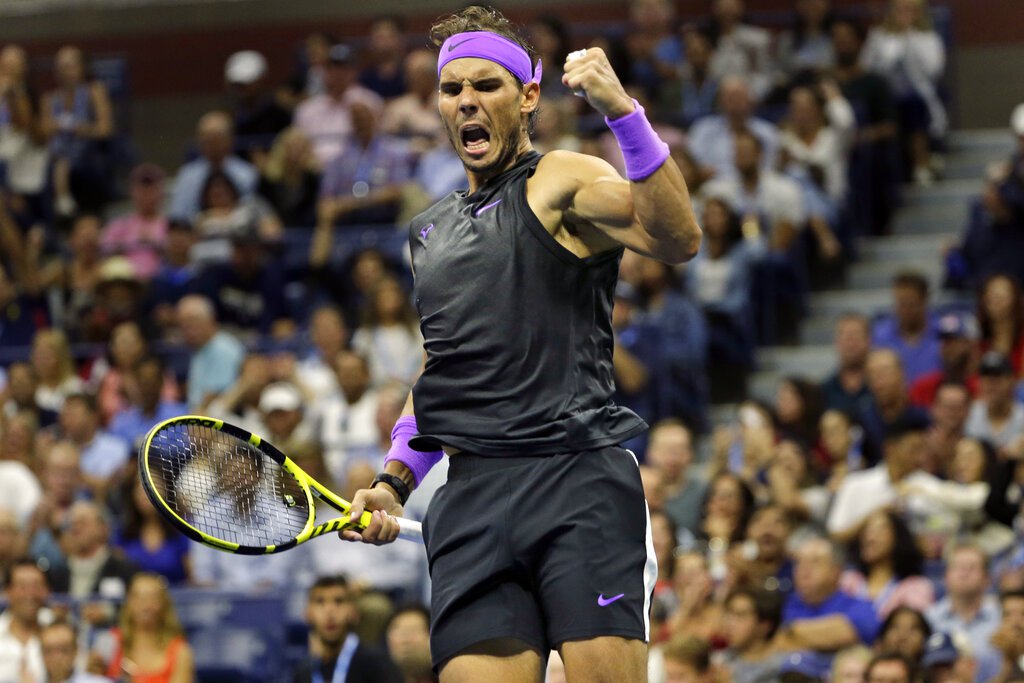 The 33-year-old Spaniard will play for his fourth US Open crown on Sunday at Arthur Ashe Stadium against Russian fifth seed Daniil Medvedev, who reached his first Grand Slam final by defeating Bulgarian Grigor Dimitrov 7-6 (7/5), 6-4, 6-3.

“It means a lot to be back where I am today after some tough moments at the beginning of the season,” said Nadal, who battled a right hip injury early in the year.

Nadal will play in his 27th career Grand Slam final, his fifth in New York, as he chases a fourth US Open title, one shy of the record of five shared by Federer, Pete Sampras and Jimmy Connors.

Nadal beat Medvedev in last month’s Montreal final in their only prior meeting. But the world number two skipped Cincinnati, where Medvedev was champion the following week.

“He’s one of the more solid players on tour. He’s making steps forward every single week. He’s the player that is playing better on tour this summer,” Nadal said.

“I need to be playing at my best.”

Medvedev, in his first Grand Slam final at 23, has gone 20-2 in the past six weeks with runner-up efforts in Washington and Canada, a title in Cincinnati and a breakthrough US Open run