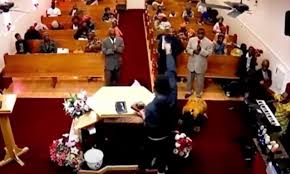 A Tennessee pastor prevented a possible mass shooting when he tackled a gunman during a Sunday church service.

During a Nashville Light Mission Pentecostal Churchservice, the mostly Black congregation was enjoying the word while 26-year-old Dezire Baganda sat towards the front of the sanctuary.

Baganda pulled out a gun walked up to the altar where Pastor Ezekiel Ndikumana was praying with church members. The man waved the gun around and demanded the congregation stand up as he pointed the weapon at them.

Pator Ndikumana then tackled the suspect, bringing him to the floor. Some worshippers fled the church, while others helped disarm the man and held him there until the police arrived.

No injuries were reported.

Pastor Ndikumana revealed that Baganda had attended several church services, though he was not a member. It is unclear what his motive was for threatening the congregation.

Pastor Ndikumana says he is just happy that he could get to Baganda before he was able to harm his members, who he regards as his “family.” 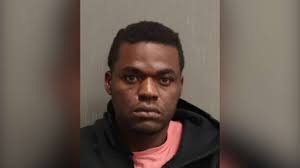 Baganda was charged with 57 counts of felony aggravated assault. He is jailed in Davidson County on a $375,000 bond.