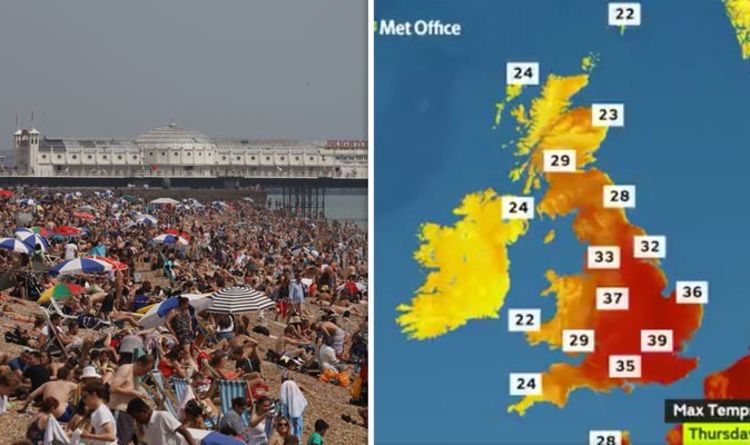 The UK could have its hottest day on record this week, with temperatures forecast to hit up to 41C (106F).

The Met Office has issued a red extreme heat warning on Monday and Tuesday in much of England, from London and the south-east up to York and Manchester.

High temperatures are also forecast across the UK – with amber warnings in the rest of England, all of Wales, and parts of Scotland.

London is set to be one of the hottest places in the world on Monday, with temperatures soaring above the Western Sahara and the Caribbean.

As of 10:00 BST it was already 30.2C in Wisley, Surrey, up from just 12C just four hours earlier – with the Met Office reporting temperatures rising rapidly around the country.

The hot weather will continue on Tuesday – with overnight temperatures warned to be in the mid-20s – before cooling on Wednesday.

It is the first time the Met Office has issued a red warning since the system was introduced last year.

Catholic student suspended after Principal finds her OnlyFans account in the U.S 0