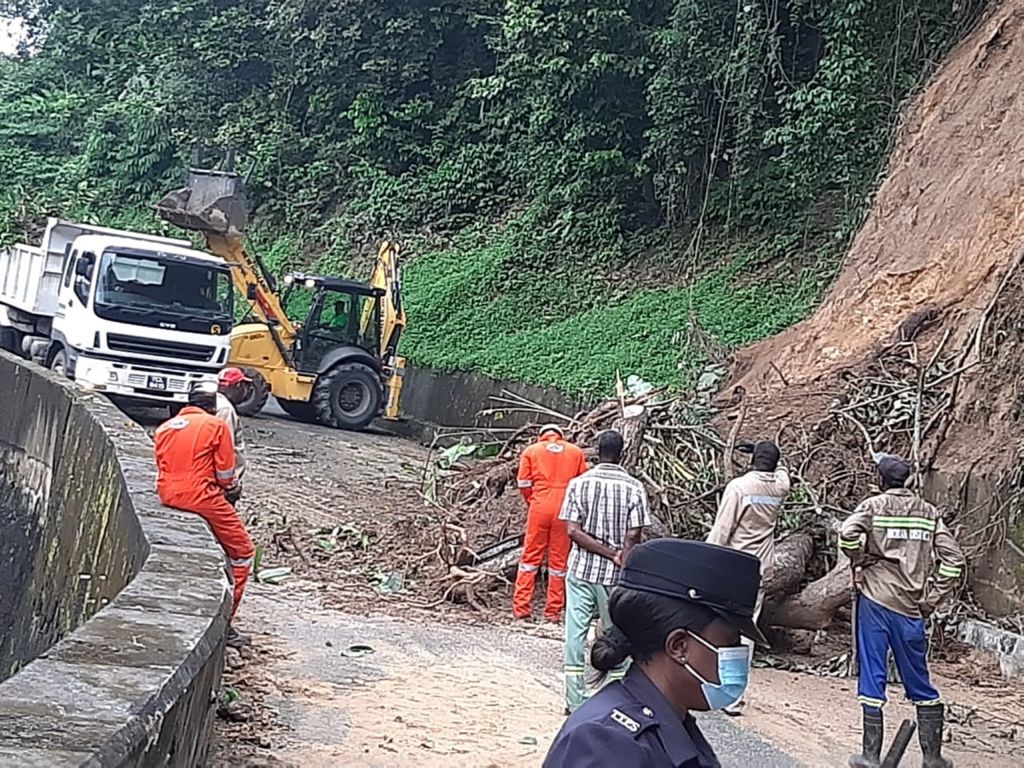 Officials from the Tobago Emergency Management Agency (TEMA) have been busy these past two days after heavy rainfall caused two major landslides across Eastern Tobago.

One landslide was reported in Moriah, in an area known as Big River, on Wednesday and another large landslide hit Craig Hill on Thursday, rendering the roadway impassable.

As of late Thursday evening, GML reported that the roadway at Craig Hall was only open to single-lane traffic.

People using the Windward Roads are warned that the area is susceptible to landslides, and the soil is saturated due to persistent rainfall.

More rain is expected to his the sister isle today, this means there is an elevated risk of landslides and street or flash flooding in the area.