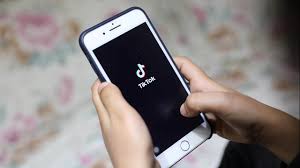 Teens arrested after Tik Tok shooting challenge in the U.S

More than a dozen students nationwide in the United States have been arrested after making copycat threats attributed to a ‘school shooting Tik Tok challenge’  following a deadly school massacre in Michigan last month.

Authorities said the teens arrested were mostly male teens between the ages of 13 and 16 after officials discovered they were making threats of violence in local schools.

Arrests were made in Connecticut, California, Florida, Illinois, Maryland, Ohio, Rhode Island, South Carolina, Texas, and Wisconsin after schools increased their security in preparation for the threat.

According to the New Post, three male students were arrested in Lee County, Florida for making violent threats via Snapchat. One of the suspects, a 13-year-old, used the app to send a message claiming he was going to “shoot black students” at a private school in Fort Myers. Seven middle schoolers were also arrested in Frisco, Texas for making threats on social media.

Schools took the option to cancel full-day classes or gave students the option to remain home due to the nature of the social media threats.