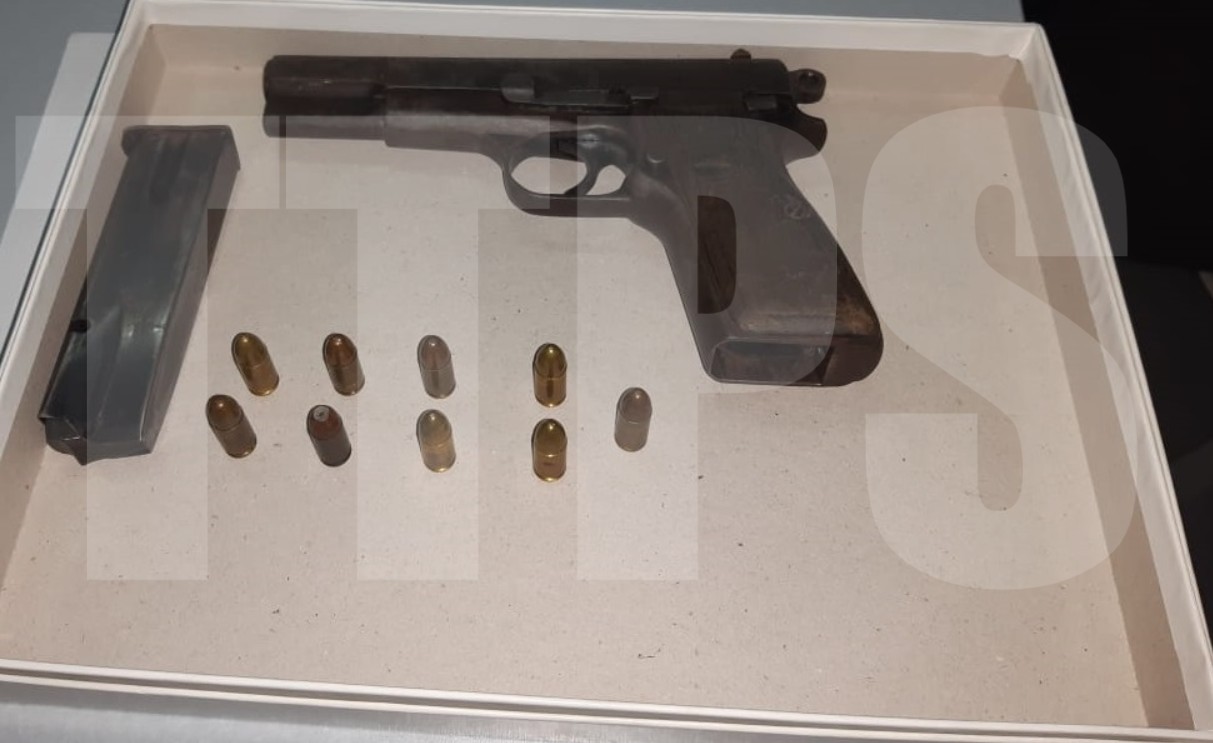 A teenager is in police custody today after he was found with a gun, and a quantity of ammunition tucked in his waist.

The 19-year-old was arrested by police during an anti-crime exercise conducted in the Laventille area. Reports indicate that officers had cause to stop and search the male suspect. The search revealed one 9mm Browning pistol containing nine rounds of ammunition, which were seized. The suspect was taken into custody to await charges in relation to the offences.

No plans to shut down Lake Asphalt Co. 0