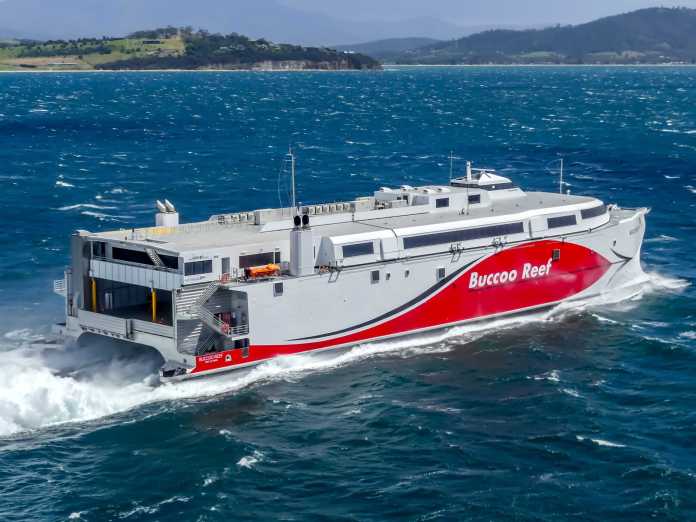 Technical issues being investigated on the yet to arrive ferry, the Buccoo Reef

The National Infrastructure Development Company Limited has revealed that the Buccoo Reef, this country’s latest fast ferry, has encountered some challenges as it makes its way home to Trinidad and Tobago.

According to a statement issued today by NIDCO, alarms on the vessel were triggered some 398 nautical miles from Hobart, Tasmania, Australia, the manufacturing hub.

NIDCO’s release states that “While the technical assessment concluded that the journey could have continued, NIDCO decided that the vessel should return to Hobart — it being the closest port of call — to investigate these occurrences and take the necessary corrective action to prevent their recurrence.”

It added: “The builder, INCAT Tasmania Pty Ltd, along with the original engineering equipment manufacturers are troubleshooting and resolving the associated issues. NIDCO has requested a test of major systems upon completion of these activities before the vessel resumes its journey to Trinidad.”

The Buccoo Reef had left Hobart on Thursday 21 January 2021, to begin its journey home to T&T of some 9,266 nautical miles. That journey has only two stops — the first being Pape’ete, French Polynesia; and the second at the Panama Canal in Panama.