The University of the West Indies has secured an international grant of US$25 million, from United States technology giant Eon Reality, the largest in its history.

In a release on Monday, the university said US Silicon Valley digital technology giant, Eon Reality, announced its partnership with The UWI “that will assure the significant investment in Caribbean digital education and professional training.”

The grant will see Eon Reality, entering the Caribbean market as a post-covid education development leader.
The project is spearheaded by Dr Luz Longsworth, principal of The UWI Open Campus and Pro Vice-Chancellor of Global Affairs. 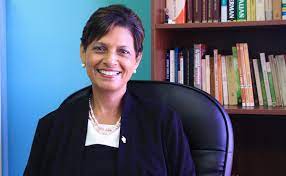 The release said: “A thought leader and planner in online education, Dr Longsworth is leading the charge to transform the ten-year-old Open Campus into The UWI’s Global Campus. This initiative is a key part of the university’s new finance vision that seeks to ‘convert its global reputation into sustainable revenue.”

Vice-chancellor Professor Sir Hilary Beckles, said the move was “a major and very timely step for the university as it rolls out its ‘finance revolution’ according to our strategic plan.
“We are determined to succeed but success comes with an orderly and systematic approach and effective leadership. Dr Longsworth is to be commended for her sophisticated negotiation skills and commitment to our strategic vision.”

Sir Hillary said the university was moving swiftly along its plotted finance trajectory and revealed there were other similar major funding initiatives in the global pipeline.
“Our development work, and institutional credibility, are now globally known and our allies are keen to offer support.”

Kamla: Let us use Indian Arrival Day to appreciate all who built this nation and their cultures 0