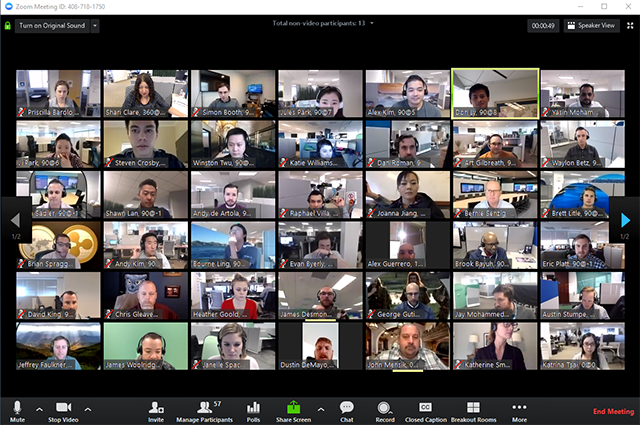 Since school has moved to an online format amid the coronavirus pandemic, multiple stories of inappropriate moments caught on camera have been shared. Now, a New York City teacher is in hot water for sucking the nipple of a person during a Zoom class last September.

The New York Post reports that Spanish teacher Amanda K. Fletcher, 37, “appeared to suck the nipple of an unidentified topless male.” At the same time, she “rocked her head back and forth,” according to the Special Commissioner of Investigation for city schools.

Before that, the students watched while Fletcher ate spaghetti on camera with the shirtless man standing behind her. The teacher resumed teaching as if nothing inappropriate had happened.

Students shared a video of the incident on several social media platforms. Investigators were able to view some of the videos but were unable to speak with Fletcher. She declined to talk with SCI investigators and did not return any messages from The Post.

Fletcher had been teaching at Columbia Secondary School for Math, Science, and Engineering, one of the city’s highest performing schools, since 2018. The Department of Education reassigned her after receiving the SCI report. They will also pursue disciplinary action against her.