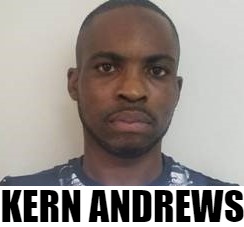 The Southern Division Fraud Squad arrested and charged one man for obtaining goods by false pretences.

KERN ANDREWS, 35, of Tarouba, appeared virtually before San Fernando Magistrate, Rajendra Rambachan and was granted bail in the
sum of $200,000 to be approved by the Registrar of the Court or a cash alternative of $30,000.

According to reports, contact was made with the mobile phone dealers on Friday 8th January, 2021, by someone purporting to be from the Presbyterian Church Board. The quantity of cell phones was requested and delivery scheduled for the following day.

ANDREWS allegedly met with the delivery personnel from the company and presented a manger’s cheque valued at $54,420 from a reputable banking institution.

The cheque was accepted and the phones handed over, however, when the cheque was deposited to the company’s account, it was found to be fraudulent.

ANDREWS, a taxi driver, was charged on Friday 26th February after investigations led by Sgt Seepersad, including Cpl. (Ag.) Lewis and other officers of the Fraud Squad South Office along with PC Ramlal of the Marabella Police Station.

ANDREWS is expected to reappear before the court on March 29th 2021.