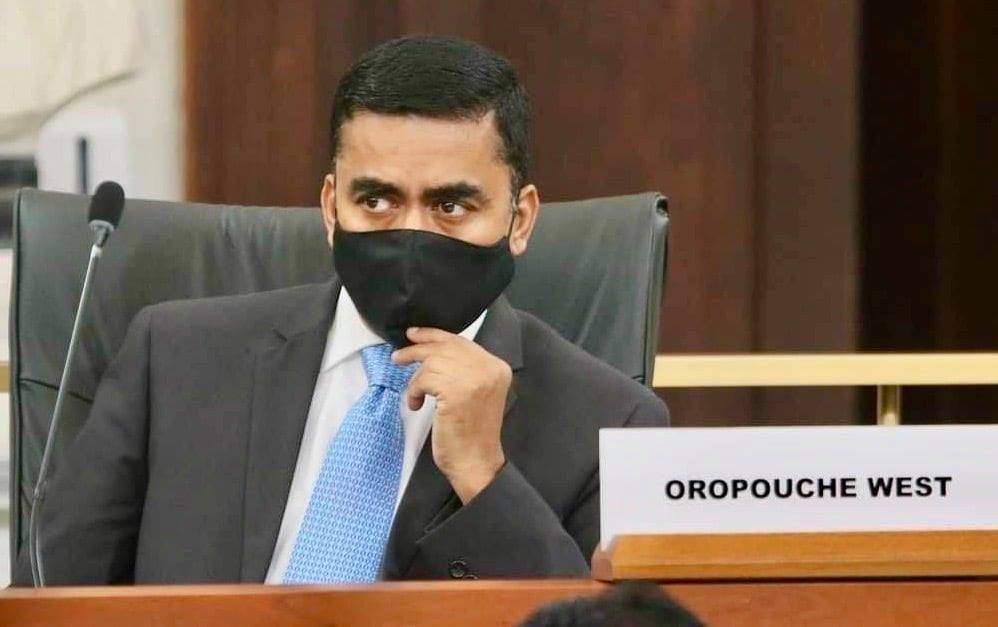 Oropouche West MP Davendranath Tancoo believes that the Minister of Works Rohan Sinanan is playing games with the lives of citizens in South Trinidad.

According to the MP, residents of Tulsa Trace, Pluck Road, Woodland and St John’s Trace and environs in South Trinidad are being forced to live in constant fear of floods whenever rain falls, and the damage of arable lands due to salt water intrusion during high tides.

This, he said, is because the Minister has failed to repair the flood gates in these communities despite being aware of the crisis and the significant damage and financial loss caused over the last few years.

During rainy season, the damaged gates serve as a dam, preventing adequate run off, trapping water behind it and causing water to back up and flood the surrounding areas. During high tide the reverse happens, whereby salt water flows upriver from the Gulf of Paria bypassing the nonfunctioning gates, entering and damaging agricultural lands, crops and livelihoods of farmers. Pumps associated with these floodgates are also missing or nonfunctional adding to the already bad situation.

According to MP Tancoo, when the issue was raised in February 2019, Minister Sinanan boasted that $30 million had been assigned to repair floodgates throughout Trinidad. The MP said “I challenge Minister Sinanan to stop hiding and tell the country where this $30 million went because the gates have still not been repaired. Was the Minister lying to the population? Was the money not allocated? Was it spent on something else? Was there ever any intention to really fix these floodgates and pumps? This is taxpayers money and we deserve to know the truth!”

In February this year, MP Tancoo submitted the following questions to the Minister of Works for response in Parliament on behalf of concerned constituents.

Tancoo is asking that Sinanan provide a status update on the floodgates located along:
a) the Cunapo Channel at St. John’s Trace, Fyzabad;
b) the Tulsa Trace Picnic Site along the Three Mouth River, Penal; and
c) in Woodland, Oropouche West

According to MP Tancoo, these questions were supposed to have been answered on April 9th 2021 and would have given some level of comfort and hope that the Minister was addressing with the threat to lives and livelihood to citizens. The Parliament was advised that the responses to the questions were prepared and the government was ready to answer but failed to do so, because the Opposition MPs did not attend Parliament due to COVID related concerns.

Tancoo said “One month later, Minister Sinanan continues his silly game of hide and seek, refusing to account to citizens about when this promised work will be done. If he had the answers, why has he not provided it? Heavy rains over the last few days have already shown that these areas will be badly flooded unless these floodgates and pumps are urgently addressed. There are many in Oropouche West who feel discriminated against by Minister Sinanan and the Government. Many have not yet received compensation for floods in the last three years and now they are forced to brace for more flood damage. It is an absolute shame that Minister Sinanan continues to behave as if the lives of these residents have no value.

He said “It is unforgivable that Sinanan can find hundreds of millions to grant to certain contractors and suppliers for pet projects but here where there is critical need to protect farmers and crops, to save lives and property, the Minister refuses to even answer basic questions.”