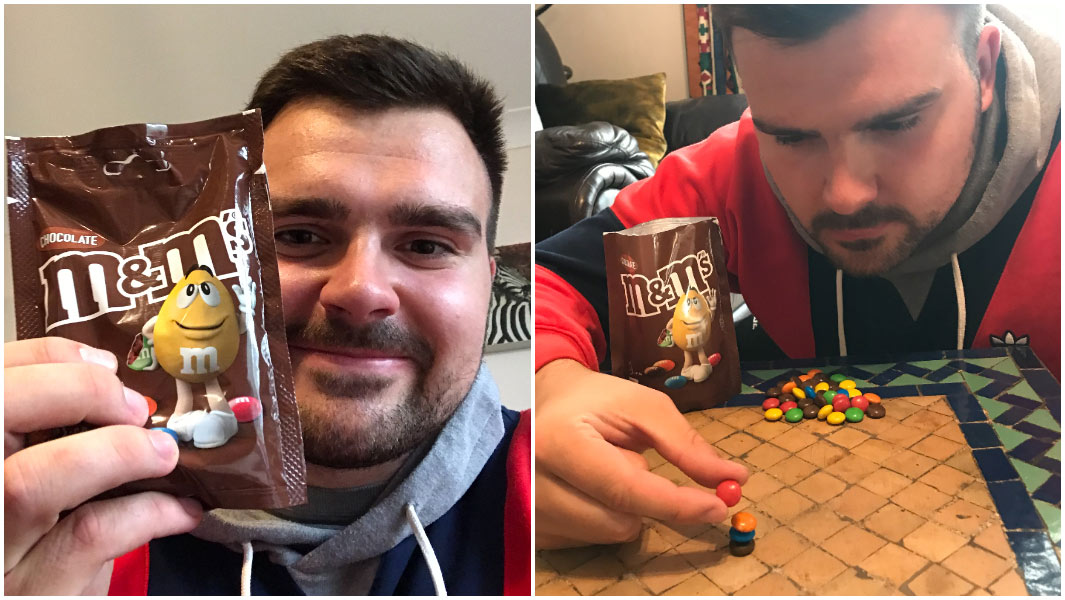 A British man said it took him hours of attempts before he was able to break an unusual Guinness World Record by stacking five M&M’s candies.

Will Cutbill, 23, of Solihull, England, said he had long dreamed of getting his name into the Guinness Book of World Records, but it wasn’t until the COVID-19 lockdown that he decided to make his dream a reality by stacking M&M’s.

“It was during the third lockdown in January. I was in the living room, eating a bag of M&Ms, and I was incredibly bored, and I just decided to see how many of them I could stack on top of each other,” Cutbill told Birmingham Live.

“I started thinking, I wonder if there’s a world record for this, so I looked it up online and found out the most anyone had ever stacked was four,” he said.

Cutbill said he filmed his attempts for two or three hours before he managed to get his stack of five M&M’s.

“It’s not something I would normally have taken the time to do — especially now that the sun is shining and the pubs are back open — but at the time, there wasn’t much else to do so it seemed like time well spent,” he said.

The record of four M&M’s had been jointly held by Silvio Sabba of Italy and Brendan Kelbie of Australia before the record-keeping organization verified Cutbill’s video and issued him a certificate.

“When I managed to finally stack five M&Ms, I was absolutely ecstatic. I thought, ‘Oh, my goodness, I’ve actually done it,'” he said. “Five M&Ms doesn’t sound like a lot, but it was near impossible to do. so I was chuffed when I achieved it. I thought about attempting six, but there’s no chance. Five was hard enough.”