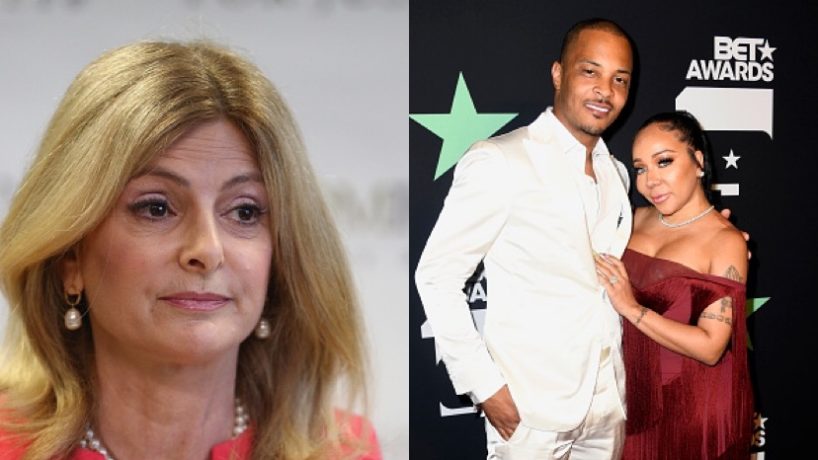 Last week, it was reported that T.I. & Tiny’s former bestie and Glam University owner, Sabrina Peterson, had been accusing the couple of sexually preying on women. According to Sabrina, TI and Tiny had on multiples occasions drugged and “forced” women into threesomes.

To support her claims, Sabrina also began sharing with the public dozens of stories of the alleged abuse that she claims came from the alleged victims.

And it appears that things have gotten a lot more serious – beyond rumour and innuendo as attorney Lisa Bloom has now stepped in the frame.

Harris, a three time Grammy Award winner, has released 11 studio albums, with seven of them reaching the top five of the US Billboard 200 chart. Throughout his career, Harris has also released several highly successful singles, including Billboard Hot 100 number one hits “Whatever You Like” and “Live Your Life”, the latter replaced the former atop the chart and helped Harris join a select group of artists to replace themselves at number one and simultaneously occupy the top two positions.

Pope Francis Orders Pay Cuts for Cardinals and Other Clerics 0

Teniel Campbell joins Mitchelton-SCOTT for the next two seasons 0