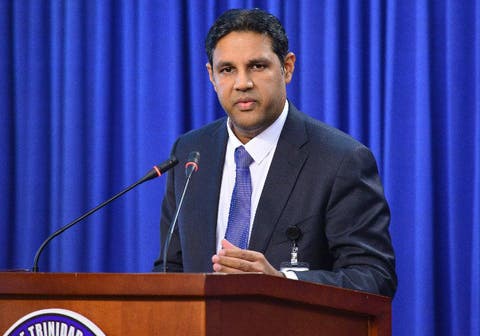 The South West Regional Health Authority (SWRHA) will hold a clinical meeting with the family of 60-year-old Ijaj Haniff, the man who died following a blood clot that reportedly developed after his first shot of the Astra Zeneca COVID-19 vaccine.

Earlier this week, prior to the man’s death, the SWRHA said a preliminary clinical investigation determined that the clot was not linked to the vaccine.

There have been no statements since his passing on Thursday evening.

During Saturday’s MOH media briefing, CMO Dr Roshan Parasram said “The Southwest Regional Health Authority would have submitted to my office a clinic report related to that particular event. I have also sent it to my haematologist who works at the Ministry of Health.”

“The matter is before the SWRHA, who has contacted the relatives of that particular individual and they would be having a full disclosure clinical meeting with all the clinician involved in the near future.”

He said that once that was completed, the SWRHA may issue a statement to update the public.

Parasram said that instances of blood clots after the injection are “extremely rare” even though it has triggered a suspension of the AstraZeneca vaccine by some 18 countries throughout the world.

“It is an extremely rare complication of the vaccine. There is nothing you can take before you have the vaccine to offset the sort of reaction that may happen, nothing that is recommended by WHO at this time,” he said.