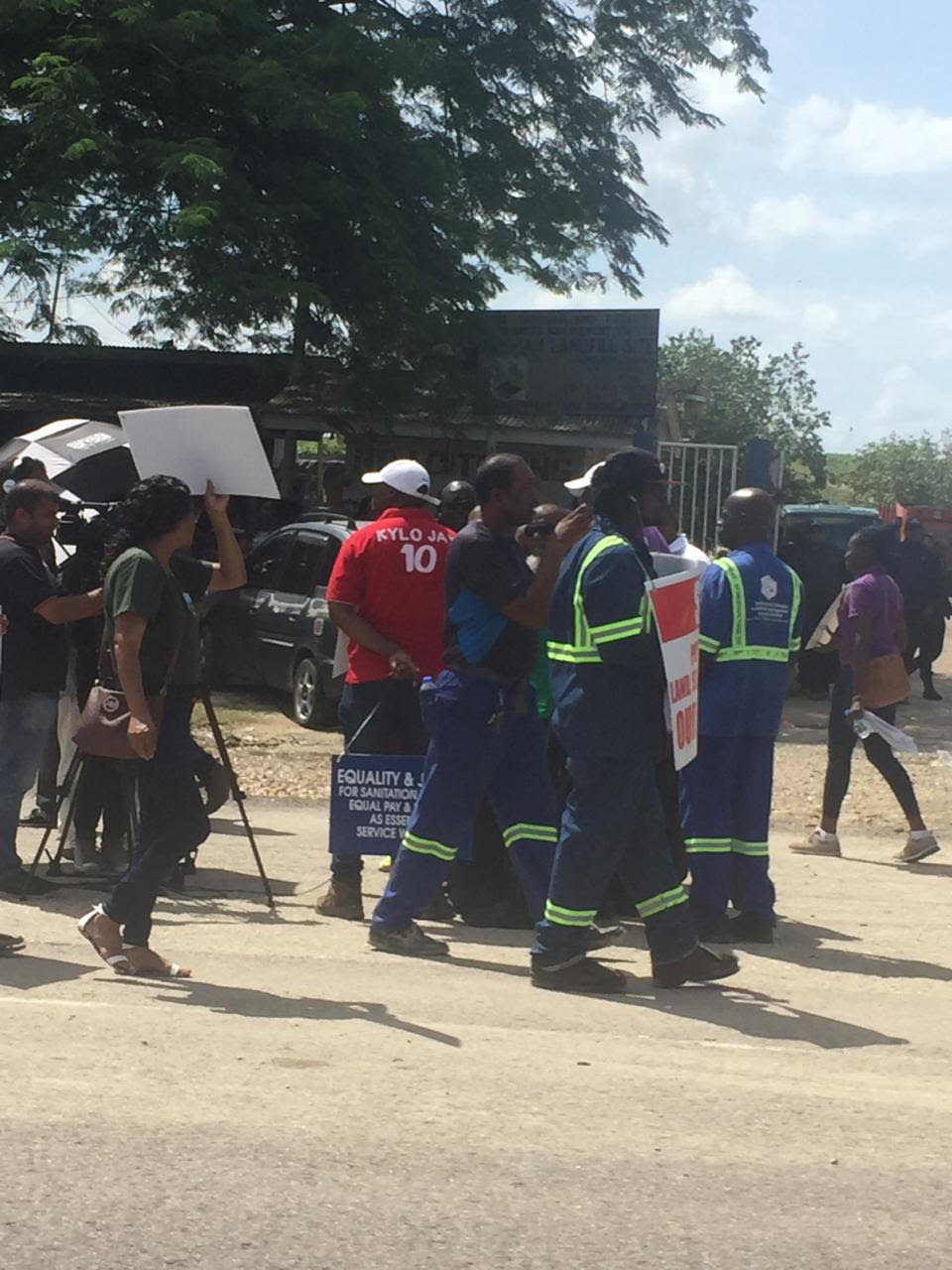 Although no information was given for the reason behind the protest, it seems the Union has been upset over what it termed “retrenchments” at SWMCOL. The union has been calling for the reinstatement of 21 workers from the recycling division who were let go earlier this month. The workers were hired on a short term contract to complete a project and their contracts were not renewed after the project came to an end. Sources say the Union is yet to reach out to Acting CEO Aisha Clarke-Roach or any member of management to hold talks.

However the union accuses SWMCOL of going back on its word as they say a Col­lec­tive Bargaining Agreement had stated that the work­ers should be made per­ma­nent.

#wrongandstrong : Are Women Terrible at Apologies? 0