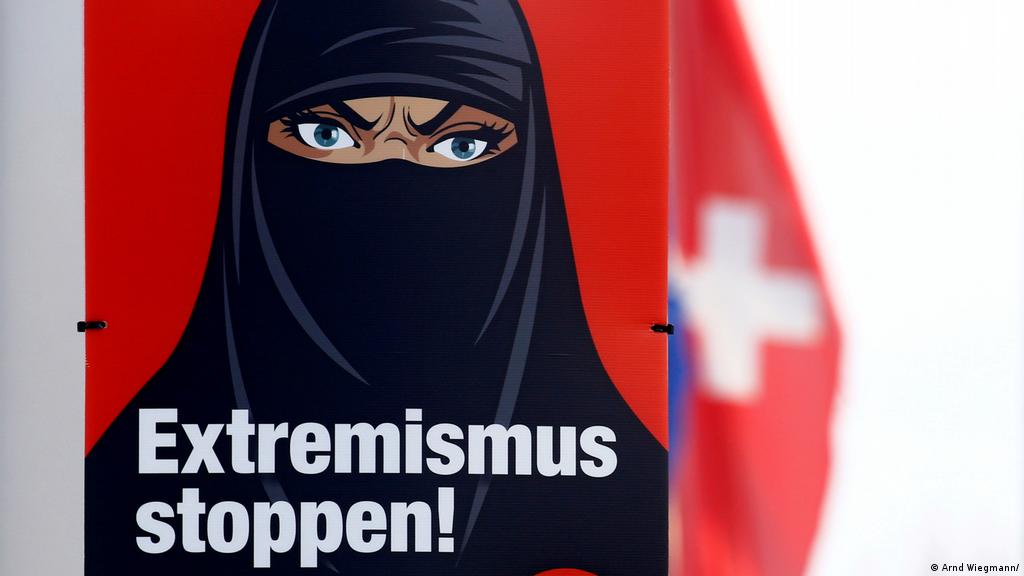 A country widely known for its neutrality, Switzerland is in the crosshairs of the debate around freedom of religion and expression by prohibiting women from wearing the burqa or niqab in public spaces.

By a narrow margin, Swiss voters chose to ban people from completely covering their faces on the streets, in shops and restaurants, exempting blankets for health and safety reasons, as many people in the world continue to wear masks to protect against COVID-19. Switzerland did not require the wearing of face masks until much later than other European countries.

A video on the Swiss government website explaining the arguments for a ban claimed that “religious veils like the burqa or niqab are a symbol of the oppression of women and are not suitable for our society”, selon The Guardian. Religious veils and headgear are worn by followers of many different practices, including Judaism, Islam, Christianity, Hinduism, and Sikhism. The burqa or niqab, however, are specific to Islam and have been confused with extremism.

“The public debate that has taken place in media and politics in Switzerland since 2006 mainly paints a general picture of helpless and poorly integrated women who are forced to cover themselves completely by their father or husband,” said Andreas Tunger-Zanetti, a researcher at the University of Lucerne and coordinator of the Center for Research on Religions, adding that the evidence does not support this.

Muslims, many of whom are from neighboring Turkey, Bosnia and Kosovo, make up around 5 percent of Switzerland’s 8.6 million inhabitants. Of this total, at most 37 women in Switzerland wear a niqab, a veil that covers the entire face and leaves only the eyes free, and none wears the burqa, a full veil, according to a survey of the center. The study also found that those who wear niqabs, the majority of whom are socialized in the west and were not raised Muslim, do so out of conviction, with no evidence of a connection to extremism.

“This symbolic policy is directed against Muslim women and men,” the Swiss Federation of Islamic Umbrella Organizations said in a statement. “But it is also harming the whole of Switzerland, which has undermined its own values ​​by accepting this initiative.”

The ‘Jerusalema’ Rhythms of the Moko Jumbie 0