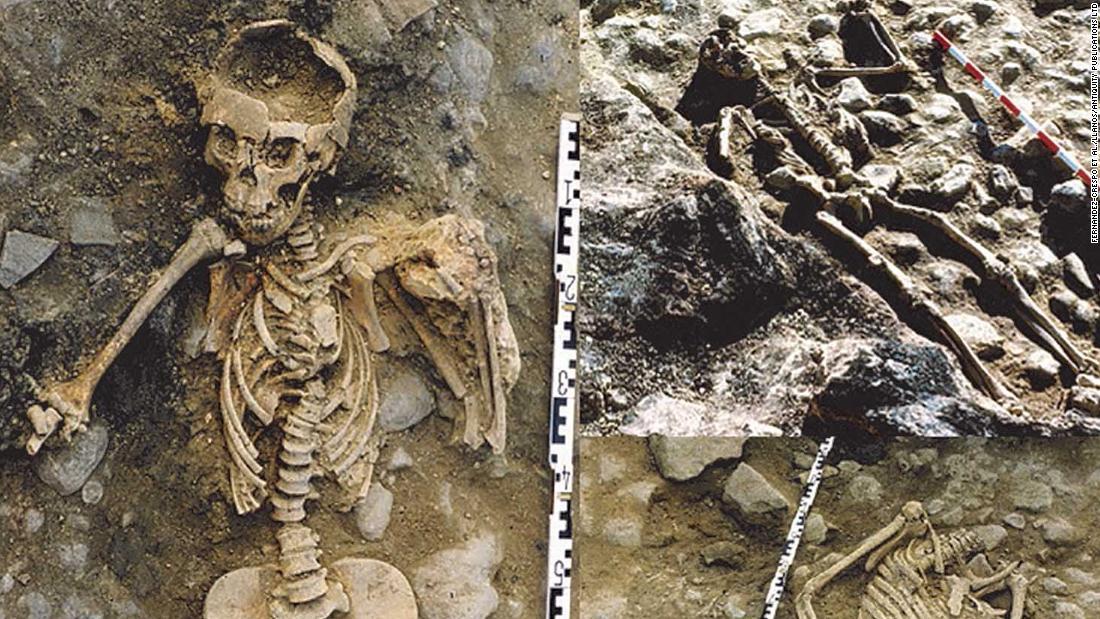 Discovered in 1935 and first excavated in 1973, the ancient city of La Hoya in the north of the Basque Country was destroyed in a violent attack between 350 and 200 BC.

The city was never reoccupied, and those who died in the attack remained where they had fallen until the city was searched.

Hoping to learn more about the attack, researchers from the University of Oxford and a team of archaeologists from the UK and Spain studied 13 skeletons already recovered from the site, during the first detailed analysis of human remains.

Men, women and children were among the dead. “A man suffered multiple frontal injuries, which suggests he was facing his attacker,” said Teresa Fernández-Crespo, lead researcher, adding: “This individual was beheaded but the skull was not found and may have been taken as a trophy. “

Another man was stabbed from behind, while a man and woman had their arms cut off, the study, published in the journal Antiquity on Thursday, said.

But there is no evidence, researchers say, of people returning to the city to bury the dead or recover their belongings. Analysis of some of the skeletons showed they had been left in burning buildings, while some remained where they fell in the streets.

“From this we can conclude that the aim of the attackers was the total destruction of La Hoya,” the researchers said in a statement, adding that the attack could have been motivated by the location of La Hoya, which was strategically located. between Cantabria. region on the Atlantic coast of Spain, the Mediterranean and the interior plateau of Spain.

Experts believe that the colony was a center of social, commercial and political activity.

The researchers said La Hoya is the only Iberian Iron Age site whose destruction could have been caused by local communities. The results show that a full-scale war was probably fought in Spain already during the Iron Age, they argued.

Notably, the attack on the colony, guarded by defensive walls, predates the arrival of the Romans – who are often accused of escalating conflict in the region.

“The new analysis of La Hoya’s human skeletal remains is a powerful reminder that the prehistoric past was not always the peaceful place it is sometimes meant to be,” Fernández-Crespo said.