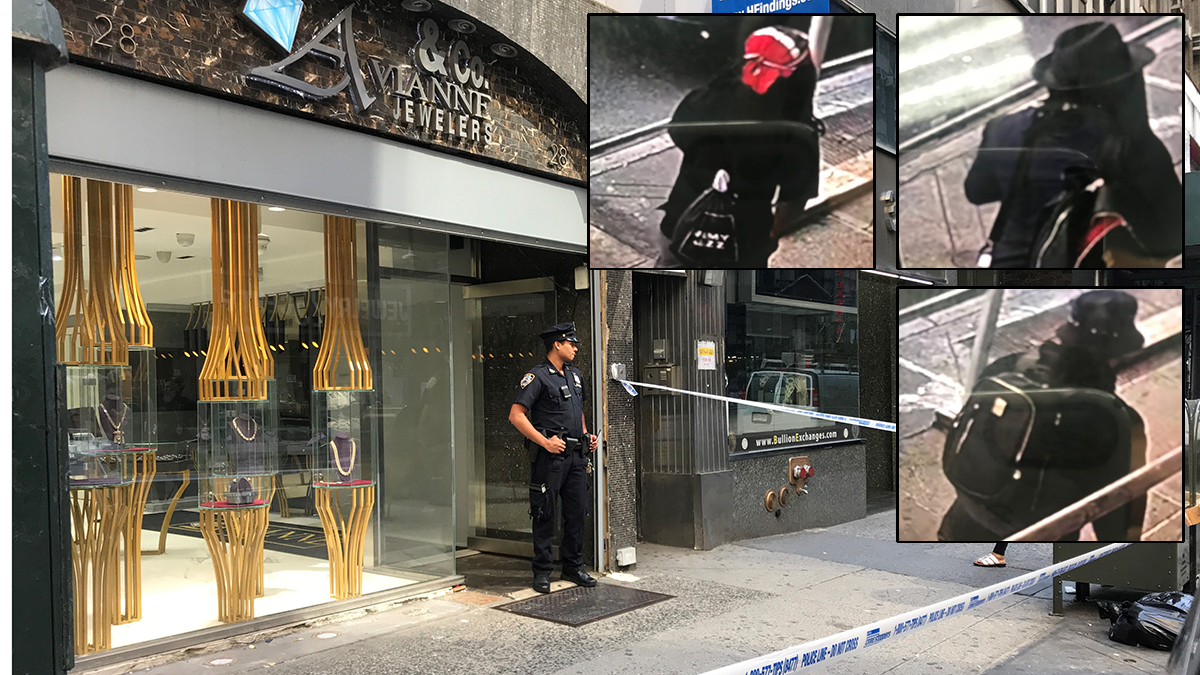 Three men robbed Avianne and Co. Jewelers in midtown Manhattan around noon yesterday. The men were caught on surveillance cameras following the robbery, and one them was seen wearing a Trinidad and Tobago flag tied around his head.

According to CBS News New York, the three armed men posed as customers when they entered the store. They then duck taped and zip tied the four employees before they ransacked the place and stole the jewelry. The men apparently stole so much jewelry that they had to use bags from Avianne’s  to store the loot. They then left on foot. Although police weren’t able to confirm the men on the surveillance cameras are the suspects, they do match the description and can be seen with the Avianne’s bags attached to them when they walked away from the store. No one was injured during the robbery.

A shot of the men on the surveillance cameras shows the man with the T&T flag in the middle, a man wearing a Kangol hat is to his left, and the other wearing a cowboy hat is to his right. None of their faces are shown.

Police are unable to confirm the amount stolen. The store is said to have a huge instagram following and has made jewelry for several rap musicians.

Oil from the FSO Nabarima now being transferred, 2 months after gov’t said it was 0