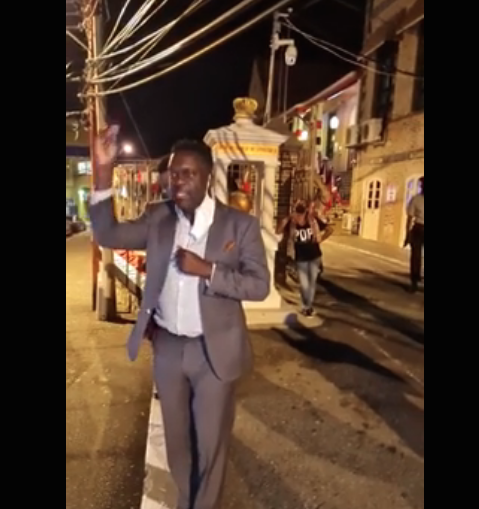 Supporters of the Progressive Democratic Patriots (PDP) gathered outside the Tobago House of Assembly building in Scarborough last night.

Reports state that at around 9 pm, the group, numbering around 100, showed up to rally behind Farley Augustine, Watson Duke and the other assembly members of the PDP, who were staging a sit-in. They gathered after the PDP issued a social media call for food.

The PDP is currently in a deadlock with the PNM following their tied win of the recently held THA election.

Duke told the supporters that he did not agree that the solution for the THA crisis should come from Trinidad, saying it is better for the representatives to sit down and fix the problem.

“What we are asking for is that this THA return to a place where we could make laws for good governance and public order,” he said.

He also called PNM’s Tobago Council leader, Tracy Davidson-Celestine disrespectful, after she proposed a new nominee on Monday within the assebly, but did not provide the name of the person nominated. But, speaking to the media following the adjournment, Davidson-Celestine said their new nominee for the post is Dr Ken Johnson.

Duke said that was wrong and likened it to an own goal being scored by Davidson-Celestine.

He claims that the PNM’s decision to put up a second candidate for the post of presiding officer, means the PDP’s candidate is elected by default.

Deputy PDP political leader, Farley Augustine reiterated his call for the PNM to meet with them, saying they should be speaking with one voice to the Parliament of Trinidad and Tobago.
“These conditions are perfect for us to go down as 12 elected members and say to Trinidadians who don’t want to give us the right to govern ourselves the way we choose, now is the time to give it to us.”
“When that happens it will be an ideal time to go back to the polls.

The representatives returned to the Assembly after addressing the crowd.