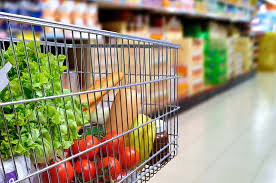 Supermarket Assoc. not in favour of a 6pm – 6am curfew

The Supermarket Association of Trinidad and Tobago (SATT) says it does not support the recommendation by the President of the Downtown Owners Association (DOMA) Gregory Aboud that curfew hours should be changed to 6:00 pm to 6:00 am and as such distances itself from such statements.

According to Rajiv Diptee, President, SATT:
“In the current situation where curfew begins at 9:00 pm, the closing time of supermarkets range from 2 to 3 hours before the start of the curfew, this in order to ensure the staff arrive home in a timely manner and to organise for the next day.

SATT further in the release said the Minister in the Office of the Prime Minister, Stuart Young, “was quite correct when he stated that if the proposed extension starts at 6:00 pm, supermarkets would have to close at 4:00 pm and in some cases even earlier.”

“An earlier closing time would only mean that customers would have less shopping hours, which would result in increased gathering in the supermarkets, which SATT is vehemently against and has been working assiduously to increase current preventative measures for both staff and customers.”

Additionally, SATT said it does not support a system whereby shoppers are allocated shopping date by surname, as this will create a logistical nightmare.

However, the Association will work with the Government to combat vaccine hesitancy.