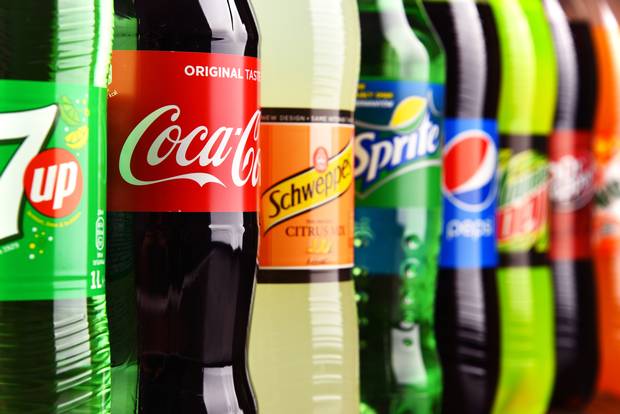 Sugary Drinks Ban for All Bahamas Schools and Healthcare Facilities

Initially, the Minnis led administration, considered a sugary drinks tax, that was then changed to a ban on the drinks, however, due to the impact Hurricane Dorian, the Health Ministry decided to delay implementation.

“People are killing themselves,” said Sands, in making the announcement on Wednesday.

According to Sands, the ban should have come much sooner as tell-tale signs of an unhealthy nation are everywhere. He added that while it may be easy to remove unhealthy drink options from the Ministry of Health and health care facilities, it won’t be as easy to regulate what children in schools drink.

“If you go by any government school on any morning and you look and see what people are selling their response is: ‘We’re trying to make an honest living. We aren’t killing anyone or harming anyone. Hey, you need to deal with the people who shooting and stabbing and raping and killing.

But the things they sell are sweet, salty, savoury, sugary because that is what people want and it’s feeding their addiction,” Sands said.

The Health Minister said that as a deterrent, vendors may be forced to set up substantially further from school campuses.

“What we can do is, we can ramp up the educational campaign as well as you make it harder. So if it’s 100 feet (away from the school now) maybe they have to be 200 feet away.

“You will never stop it because this is about trying to push back the tide but we have to push and even if we reduce consumption by five percent or seven percent we are going to save lives.”

A survey conducted earlier this year – the 2019 STEPS Survey – revealed that 60 percent of Bahamians add two or more spoons of sugar to tea and coffee; 32 percent eat “sweets” three or more times per week; and 92 percent of Bahamians drink one to three cans of a sugary beverage every single day.

When the survey was released in August, Sands said in a one-year span, the average Bahamian consumes 64 pounds of added or discretionary sugar.

It means that people in the Bahamas consumer more sugar than Americans who consume 52 pounds of sugar every year according to a 2015 US Department of Agriculture study.