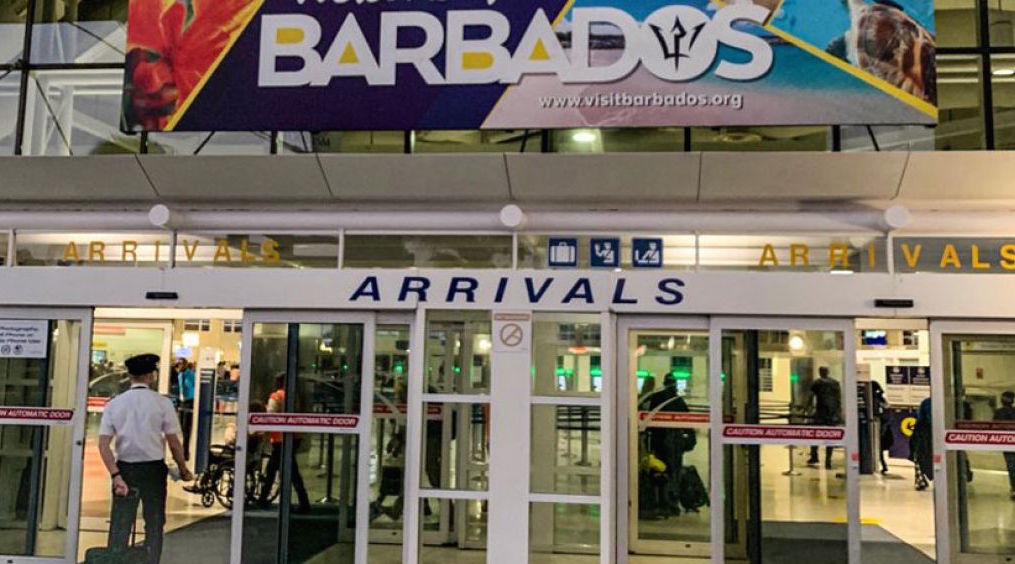 The manager of the COVID-19 facilities in Barbados, Alvin Hart, has confirmed that they are now involved in a full-blown humanitarian effort to assist a 19-year-old Trinidadian woman who has been stranded there for more than a month.

In an article in Barbados TODAY, the teen’s mother, Natalie Astudillo, a Trinidadian living in England, revealed that her daughter has been resident at the Paragon Military Base in Barbados after being denied entry on a connecting flight home to Trinidad on February 26.

She explained that her daughter, who has asked that her name be withheld, was expecting to layover for less than an hour at the Grantley Adams International Airport (GAIA). But an hour has now turned into 32 days and counting after her negative Polymerase Chain Reaction (PCR) test was rejected at the GAIA, presumably because it was taken outside of the required 72-hour period prior to arrival.

Hart however declared that Barbadian authorities had nothing to do with the decision. Instead, he contends the young woman’s current predicament is the result of the twin-island republic’s refusal to grant entry through the Caribbean Airlines flight.

“Trinidad has their own stipulations and regulations and she would not have been the first [Trinidadian] to spend extended time in quarantine facilities at Paragon. You have to apply to go into Trinidad and they tell you when you can come and unless you have that information from the government of Trinidad, you cannot board a Caribbean Airlines flight,” Hart explained.

But the young woman’s mother contends that her daughter was granted the necessary special permission and had paid a significant amount to get home. Nevertheless, she was denied entry on the CAL flight whilst at the departure gate.

After enduring five days of quarantine and completing two negative PCR tests, things went from bad to worse, when the young woman realised there would be no definitive word on when the next flight to Trinidad would be taking off.

After indicating that she was in no position to embark on an indefinite hotel stay, she is being housed at Paragon until further notice.

“This is not the first and once Trinidad holds this position, it will not be the last. But it could be a challenge going forward if the process in Trinidad is not looked after,” he added.

The facilities manager added that six more Trinidadians recently checked into quarantine at Paragon. They also have no definitive knowledge about their eventual departure to their homeland.

In the meantime, the situation is said to be the source of tremendous anguish for the teen, who was neither mentally nor financially prepared to spend weeks in Barbados.

“There was a point where it became really depressing. It’s really hard on her, because it’s the first time she’s flying by herself and that’s really hard for a 19-year-old,” the concerned mother told Barbados TODAY.

“I’ve been trying to get her on a flight to go to Trinidad, but I have been unsuccessful, because they can’t put her on a flight until they get confirmation from the Trinidad and Tobago National Security office.

“Emails were sent, but we haven’t been given confirmation and she has been there in quarantine for a month with no resources… and it is concerning because I am wondering if she could become infected, because she is negative and all of these people keep coming in every week and it’s really really concerning,” the anxious mother added.

Astudillo, who is a nurse in the UK, added that whilst her daughter was at the GAIA, there was discussion about whether she should continue her journey and be tested in the land of her citizenship. The mother further recalled that Trinidadians boarding the first flight from Heathrow said they had not been tested prior to departure, but had no such problems boarding the repatriation flight home.

“She came off of the flight just after six in the evening, she was supposed to clear [immigration] and go onto the flight to Trinidad… It was really shocking to me and I think they could have just sent her to Trinidad,” she lamented.

Unconfirmed reports suggest that the next repatriation flight will be on the 18th of April, but up to press time, the young lady had received no firm indication that she will be included if and when it arrives.

“The only consolation that I have is that the nurses in the quarantine facilities are taking care of her really well. They are keeping me up to date. The only consolation is that she is being treated very well by the people of Barbados,” the exhausted mother added.

PriceSmart allowing only One person per Membership in stores 0